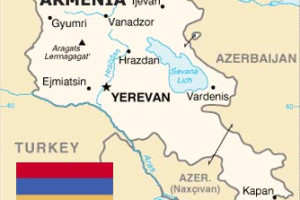 “Armenian prime minister Nikol Pashinyan consolidated a strong mandate for the revolution that swept him to power this year as his party won … early parliamentary elections …. [His] My Step party garnered 70.5 per cent … [T]he majority Republican Party, whose leader he ousted, failed to clear the 5 per cent barrier to win seats. “ Pashinyan is a […]