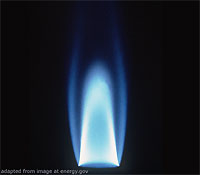 MOSCOW. June 20 (Interfax) – Greenpeace has rejected a claim made by NATO Secretary General Anders Fogh Rasmussen that Russia funds European environmentalists opposing shale gas production in Europe. “Greenpeace sees this suggestion as absurd because the Organization and many other environmental groups are calling for fracking which used in exploiting shale formations, to be banned across the world,” Greenpeace […] 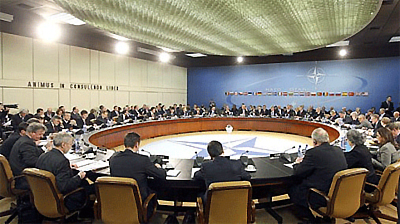 BRUSSELS, April 16 (RIA Novosti) – NATO will intensify air patrols over Eastern Europe and dispatch extra ships to the Baltic and Mediterranean Seas due to the crisis in Ukraine, NATO Secretary General Anders Fogh Rasmussen said after a meeting of alliance ambassadors in Brussels. “We will have more planes in the air, more ships on the water, and more […] 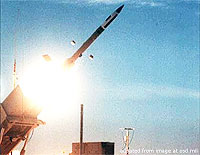 MOSCOW, October 23 (RIA Novosti) ­ Russia aims to cooperate with Western powers on security issues but needs guarantees that a US missile shield in Eastern Europe would not target its nuclear forces, Russia’s defense minister said Wednesday. “We have failed to work jointly on this issue. The European missile defense programs are developing, and our [Russia’s] concerns are not […]

No NATO Membership For Georgia, Ukraine in 2014 – Official

MOSCOW, October 22 (RIA Novosti) ­ Ukraine and Georgia will not accede to the North Atlantic Treaty Organization (NATO) next year, its top official said Tuesday, dismissing speculation that two of Russia’s most strategically important neighbors might be joining. Ukraine has decided to abandon its long-standing bid to join NATO, Secretary General Anders Fogh Rasmussen told journalists in Brussels on […]