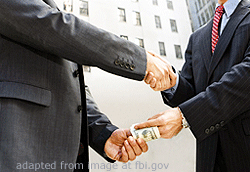 The plenum of Russia’s Supreme Court has proposed banning the arrest of individuals accused of several varieties of economic crimes, the Prime news agency reported Thursday.

According to the proposal, suspects can still be detained, but cannot be kept in pre-trial detention if they stand accused of several economic crimes: commercial fraud, money laundering, revealing banking or commercial secrets, embezzlement, engaging in the illegal circulation of precious metals, or market manipulation.

However, some conditions apply. To qualify under the proposal, a suspect must have a permanent residence registered in Russia, must be identified, must not have previously broken conditions of arrest or parol, and must not have hidden from arrest.

The proposal has not yet been approved.