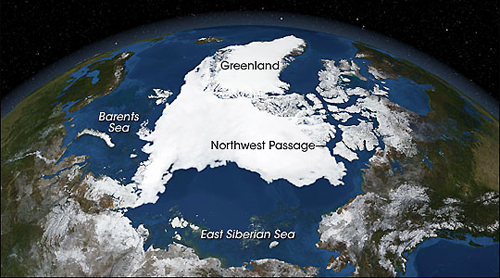 Oil production from Russia’s Arctic region increased in 2017 as new onshore developments and the only offshore producing platform ramped up production. But challenges in Russia’s arctic remain.

Last year, production from onshore fields in Yamal-Nenets autonomous region in northern Russia contributed the most to the rise in oil production in the Arctic. Output from the only producing offshore oil field – Prirazlomnoye – also increased in 2017. And Russia has ambitions to continue to develop its Arctic oil resources.

Russia’s ambitions, however, are not without challenges; it must contend with several factors that, for now, are preventing it from fully developing its offshore Arctic oil potential. For starters, U.S. sanctions prohibit the exports of goods, services, or technology that Russia needs to support exploration or production in Russia’s deepwater, Arctic offshore, or shale projects – all which have the potential to produce oil. Another obstacle is that only state-controlled giants Gazprom and Rosneft have access and licenses to operate in the offshore Arctic, and they are not keen on cooperating with local private companies with relevant experience.

Nevertheless, Russia had a good year in the Arctic. Oil production in the Yamal-Nenets autonomous region is expected to have increased by 13.4 percent year on year in 2017, thanks to rising production at new onshore oil and condensate fields and increased crude oil shipments from Gazprom Neft’s Novy Port project via the Arctic Gates oil terminal, the government of the Yamal-Nenets autonomous region said earlier this month. Gas production in the region is expected to have increased by 6.7 percent last year compared to the previous year.

In addition, at the end of last year, Vladimir Putin officially launched the $27 billion Yamal LNG project in the Arctic. Russia’s second LNG plant intended to challenge the dominance of Qatar and Australia – and perhaps the U.S. in the future – on the global LNG market.

Gazprom Neft, the oil arm of gas giant Gazprom, said in its preliminary 2017 results at the end of December that its total oil and gas production had increased by 4.2 percent compared to 2016, mostly due to the development of major new projects in the Arctic. The Novoportovskoye field, the Vostochno-Messoyakhskoye field – the northernmost onshore field in Russia – and the offshore Prirazlomnoye field contributed the most to production growth in 2017, Gazprom Neft said.

At the end of last year, Russia’s largest oil company, Rosneft, struck a new joint venture with BP, which is a 20-percent shareholder in Rosneft, to jointly develop the reserves of two license blocks in the Yamal-Nenets autonomous region – Kharampursky and Festivalny – which hold a combined 880 billion cubic meters of natural gas.

Despite growing its Arctic oil production and the government vowing to develop the region, sanctions and the unwillingness of Gazprom and Rosneft to cooperate with private Russian companies prevent Russia from fully exploring its vast Arctic oil and gas resources, Stanislav Pritchin wrote in an article published on Monday.

The Russian zone of the Arctic has the largest share, and its potential reserves are some 48 billion barrels of oil and 43 trillion cubic meters of natural gas. The only offshore production field, Prirazlomnoye, is a relatively easy platform to develop because it is close to the coast and not in very deep waters, Pritchin says.

But sanctions are preventing Russia from partnering with Western companies that have the know-how and technology to drill in Arctic waters. Apart from externally imposed restrictions, Russia has one self-imposed hurdle – only Gazprom and Rosneft have access to the Arctic shelf.

While sanctions are unlikely to be lifted soon, with increasingly tense relations between Russia and the West, part of the solution could be if the two state-controlled giants partnered with private Russian firms with more experience in subsea development, Pritchin argues

“But while that is not recognized, Russia is losing much-needed private investment and the opportunity to exploit its potential Arctic riches,” the expert says.