Russia Beyond the Headlines: Lausanne agreement: Russia and Iran to maintain ties, but EU is real winner

Talks between Iran and the P5+1 in Switzerland on Tehran’s nuclear program ended on April 2 with a joint accord aimed at paving the way for a comprehensive agreement and the eventual lifting of sanctions on Iran. While Moscow sees the compromise as a triumph for international diplomacy, experts believe that it is the EU, not Russia, which will receive the greatest benefit from the compromise. 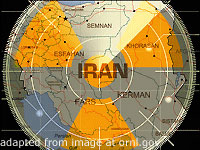 Russia’s Foreign Ministry has described the talks between Iran and the P5+1 (the permanent members of the UN Security Council plus Germany) in Lausanne, Switzerland, which saw the sides reach a landmark breakthrough on April 2, as a victory for the political and diplomatic approach to resolving international problems.

“A political framework agreement for the final regulation of the situation regarding Iran’s nuclear program (INP) has been successfully agreed upon,” said the ministry in a statement after the negotiators declared that a joint statement was being drafted as the prelude to a comprehensive agreement on the future of Tehran’s nuclear program.

Moscow expects that Iran will be able to play a more active role in solving regional problems and conflicts after the agreement on the INP is reached. Meanwhile, Russia experts are divided about the future of Russian-Iranian relations after Western sanctions are lifted from Tehran.

No immediate change in Iran-Russia relations

“The conclusion of an agreement on the INP does not affect Russia’s international image,” Alexander Kuznetsov, an expert at the Institute of Forecasting and Political Regulation, said in an interview with RBTH, “as the Iranians held talks primarily with the U.S. this past year and Russia, although it was part of ‘the Six’ [the term used for the P5+1 in Russian media – RBTH] was occupied with other issues.”

However, in his opinion, the fears now being sounded in Moscow over the possibility of a rapprochement between the United States and Iran are premature. “Though Obama is interested in détente with Iran, his administration is pursuing a policy of containing Iranian expansion,” said Kuznetsov.

At the same time, Kuznetsov does not expect any rapid development of Russian-Iranian relations after the signing of the agreement with the P5+1, saying that it is “premature to speak of a strategic partnership.”

Although there is currently political cooperation between Russia and Iran – senior Iranian officials regularly visit Moscow, Russia is providing military and technical assistance to Iraq, and the two nations are cooperating in helping Syrian President Bashar al-Assad – the Iranians “have grounds for dissatisfaction,” said Kuznetsov. “For example, Iran is trying to enter the SCO but Russia is not doing much to help them because Kazakhstan and China are against it.”

Greatest dividends will go to the EU

According to Kuznetsov, there are also factors that will limit bilateral cooperation in the economic sphere. “Russia did not take advantage of the time when sanctions were in place to strengthen its position in Iran, and now there will be little opportunity because of the competition from the U.S. and China,” said Kuznetsov. “We will only be needed in some areas – nuclear energy, railroads, electricity. The EU gains the most from the agreement.”

If the sanctions are lifted from Iran, Russia will have to compete with Western countries, giving Tehran “more room to maneuver,” the Chairman of the Council for Foreign and Defense Policy Fyodor Lukyanov told Gazeta.ru.

Alexei Arbatov, a leading expert at IMEMO RAS (the Institute for World Economy and International Relations at the Russian Academy of Sciences), agrees with this position: “Economic cooperation can be expanded, but whereas in arms sales we can win – ours are more reliable, when it comes to other issues then Iran, by broadening its links, can always turn to Japan and the U.S.”

However, Vladimir Yevseyev, the head of the Caucasus Department at the Institute of CIS Countries, is more optimistic. He told RBTH that a window of opportunity is opening for Russia in its relations with Tehran because the sanctions will not be lifted speedily.

“In fall, construction may begin on another power plant in [the western Iranian city of] Bushehr,” said Yevseyev. “There is a proposal from the Iranian side regarding the modernization of railways. We are on the verge of expanding military cooperation. Equipment may be supplied for the navy and air force, as well as for the modernization of air defense. Joint exercises and personnel training will be held,” he said.