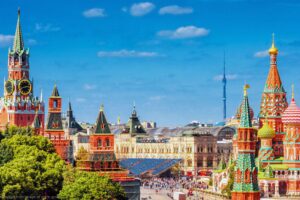 I. U.S. and Russian priorities for the bilateral agenda

Iran and its nuclear program:

Humanitarian impact of the Ukraine conflict:

Military aspects of the Ukraine conflict and their impacts:

“Don’t Use the War in Ukraine As An Excuse To Permanently Expand the Weapons Industry, William Hartung of the Quincy Institute for Responsible Statecraft, Forbes, 12.02.22.

“It’s No Crime to Be a Russian Soldier in Ukraine,” Michael Walzer of the Institute for Advanced Study, FP, 12.04.22.

Punitive measures related to Ukraine and their impact globally:

“Sanctions on Russia Are Working. Here’s Why,” Agathe Demarais of the Economist Intelligence Unit, FP, 12.01.22.

“The Perpetually Irrational Ukraine Debate. The war continues to be discussed in ways that are self-serving—and self-defeating,” Harvard University’s Stephen M. Walt, FP, 11.29.22.

Video message from Minister of Foreign Affairs Sergei Lavrov to the participants of the Moscow Conference on Nonproliferation, MID.ru, 12.05.22. Clues from Russian Views.

“Special military operation in Ukraine as a breaking point in the foreign policy of modern Russia,” Dmitry Trenin of Russia’s Higher School of Economics, Russia in Global Affairs, 11.30.22. Clues from Russian Views

“On ground retreat and air advance,” Sergei Poletaev of “Whatfor” and Dmitry Stefanovich of IMEMO, Russia in Global Affairs, 12.01.22. Clues from Russian Views

“How is the Kremlin Eroding Russia’s Major Uniting Symbol?”, Ivan Kurilla of the European University in St. Petersburg, Russia.Post, 11.22.22.

III. Russia’s relations with other countries

“Don’t Let Zeitenwende Get Derailed,” Sophia Besch of the Carnegie Endowment for International Peace and Liana Fix of CFR, War on the Rocks, 11.21.22.

“What Next for Ukraine’s Formerly Pro-Russian Regions?”, Konstantin Skorkin of GLOBSEC, Carnegie Endowment for International Peace, 12.02.22.

“Is Russia’s Post-Soviet Sphere of Influence in Jeopardy?”, Samuel Ramani of the University of Oxford, RUSI, 11.29.22.

Article also appeared at https://www.russiamatters.org/news/russia-analytical-report/russia-analytical-report-nov-28-dec-5-2022, with different images, bearing the notice: “© Russia Matters 2018 … This project has been made possible with support from Carnegie Corporation of New York,” with a footer heading entitled “Republication Guidelines” linking to: russiamatters.org/node/7406, which bears the notice, in part: