Robert Donaldson : Eulogy delivered at a Celebration of Life for Yevgeny Aleksandrovich Yevtushenko. 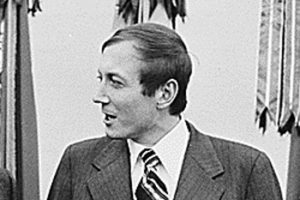 Here is a somewhat shortened version of the Eulogy I delivered last evening at the University of Tulsa’s “Celebration of Life” service for Yevgeny Yevtushenko, who taught for us for a quarter of a century. The service featured readings (in English and Russian) by two of his sons, Alexander and Yevgeny, of two of his best known poems.

Eulogy delivered at a Celebration of Life for Yevgeny Aleksandrovich Yevtushenko,
April 5, 2017, University of Tulsa

Obituaries have been written all over the world recounting Yevgeny Yevtushenko’s artistic achievements, over a lifetime of brilliant invention and inspiration.
But there is a burning question not answered in these histories: how did this remarkable creative genius, renowned all over the world, come to be in our midst, in Tulsa, Oklahoma, and what, in his new vocation of Professor, was at the heart of the message that he imparted to more than a thousand TU students over the span of a quarter-century?

Answering the first question requires me to speak personally. I was President of Fairleigh Dickinson University in New Jersey when, in academic year 1985-86 the university’s Literary Series brought to campus the three greatest living Russian poets, all of whom had gained considerable reputation as independent thinkers and dissenters in the USSR. After appearances by Joseph Brodsky and Andrei Voznesensky came Yevgeny Yevtushenko.

My wife and I entertained him in our home after his stirring performance, and that, as Rick Blaine said to Captain Reynaud, was the beginning of a “long and beautiful friendship.” A long-time student of Soviet politics, I knew a good deal about the role he had played in holding back the currents of re-Stalinization in the Soviet Union of the 1960s and beyond. But it was not just the brilliant poetry, so stirringly performed, and his political significance, but the magnetism of the man’s personality that drew me to him.

As fate would have it, I had just become President of the University of Tulsa when Yevtushenko came for the first time to Tulsa, to perform during a conference on Russia. Sally and I again hosted him in our home, and it was there-over a glass of his favorite Silver Oak cabernet-that the idea of his teaching in Tulsa was born. He had seen enough of our city (and heard enough, via the loudspeakers that played Lara’s Theme in Utica Square) to say that Tulsa reminded him of his native Siberia. Not the weather or the bleak terrain, he hastened to add, but rather the warmth and opennesss of its people.

I knew he had begun teaching Russian poetry in New York City, and it seemed that his favorable first impressions-and a good offer-might lure him to the University of Tulsa as a visiting distinguished professor for one semester. Much to our good fortune, that semester lasted a quarter of a century!

Part of the secret of our success was that his teaching schedule left him considerable freedom to travel around the world, where he was much in demand for his acclaimed poetry performances. For a while he also continued to do some teaching in New York. But eventually, he told me, he tired of the hectic life there, with its many demands and distractions. At New York University, he was assigned a modest classroom and relatively few students came his way, given the vast array of opportunities that the New York environment presented to them.

In Tulsa, he taught in a large lecture hall, with classes filled to the limit. Students from all backgrounds-student athletes, engineers, international students, auditors from the community, as well as liberal arts majors-flocked to him. As they started his classes, many (perhaps even most) could not imagine themselves opening a book of poetry or watching a foreign “art film.” It did not take long for this Russian Pied Piper to lure students such as these into his world, to the point that many of them soon found themselves performing Yevtushenko’s poems with him on university stages before large audiences.

His life in Tulsa also afforded him considerable opportunity to continue his creative and scholarly pursuits, and the body of work he produced here was astounding in its breadth and richness. And not least, it was in Tulsa that his family-his wife Masha and his young sons Zhenya and Dmitry, was best able to blossom as valuable and much loved members of a welcoming community.

At the end of his first year with us, the University awarded Yevtushenko an honorary degree. He was asked to address the graduates, and–with a characteristically personal and humorous opening-he delivered the powerful message that permeated his best poetry and that he continued to impart in his classroom over the next quarter-century. It was a call for engagement on behalf of human rights and justice, delivered by an individual brought up amid Stalinist repression (whose own grandfathers had fallen victims to brutality) and whose own courage in raising his voice against indifference, intolerance and injustice had made him a world-renowned spokesman against selfish nationalism and mindless collectivism.

With your indulgence, I would like to share a portion of his message, delivered 24 years ago to a student audience, but echoed countless times in his TU classroom:

“First of all,” he said, “I would like to tell you a little story from my teen age years. When I was about 13 or 14, I accidentally heard a woman saying behind my back: “God, this kid wasn’t cooked long enough, nor with the right recipe. Poor creature, he has such an ugly duckling profile.” Immediately after this, with the urgent help of two little mirrors, I installed a special system for the scrupulous observation of my profile which was reviewed so negatively. To my horror I discovered in my nose some obvious duckliness. For a while I almost stopped writing poetry and wasted huge amounts of time manipulating no less than two mirrors and investigating the configuration of my nose with the fragile hope
that this not-best part of my face would improve, as I asked in my prayers. But my nose tragically refused.

Having lost all hope for it I began, step by step, to try to adjust to my own profile. This was an additional waste of time. Only when someone’s shy lips whispered three magic words to me-and you can guess what they were-I finally forgot about this nasal problem, and till this moment I live in the pleasant illusion that I am not so ugly as to have to commit suicide.

May I share with you one of my unfortunately delayed discoveries? Believe me, in the wombs of our mothers all of us are beautiful. Some charming imperfection is even perfect. Some graceful incorrectness is poetically correct. Just between you and me I will tell you confidentially that for a long time I have admired slightly fat legs (but this hasn’t affected my respect for the overly slim ones.)

Our kindness, our compassion, our mercy towards others, our own creative energy, our sense of beauty makes us beautiful as well. The greatest and most subtle culture is more than just formal education. It is the culture of behavior. This culture is based on the moral impossibility of being indifferent to others, including your own family, neighbors, friends, your whole nation, and the multicultural family of man.

Indifference towards others tramples our own faces like flowers that have not yet blossomed, into mud and bloodshed. Unfortunately some people from the bouquet of compassion choose only one dubious flower, compassion for themselves. But the flower of selfishness stinks. Remember that only in being ready to save others, will you save your own face.

Remember that your face is not only your own property. It is part of the face of the whole century…..But the twentieth century is not yet finished and upon you, upon today’s youth depends the final face of this century….Remember that knowledge in the hands of indifference can be a terrible weapon against humanity. But compassion without knowledge can be defenseless. Only compassion, armed with knowledge, is invincible.

Let us be stubborn gardeners. Let us grow not only passion fruit but COMpassion fruit as well. The cross on which Jesus Christ was crucified was one of the first trees in this garden. And every religion on earth is based on compassion. Let us try to be unbreakable branches, and unwilting leaves and flowers of all the known and unknown crucifixions where all the fighters for justice have been and are being tortured. That is the only way to save our own faces, the faces of our descendants and the face of mother earth.

And my advice to you is: don’t use more than one mirror, because in this case you will waste half of your life.”

This was his message two dozen years ago, and it resonates with his students and his friends today and beyond. In the midst of the worst atmosphere in America’s relations with Russia since the darkest days of the Cold War, it is worthwhile to remind ourselves of the futility of obsessing about borders and protecting our own tribe, harking to Yevtushenko’s life-long emphasis on our common humanity, and on the importance of nurturing and strengthening our human bonds with all people, including especially with the Russian people and with their rich culture, which has so enriched our lives…