MOSCOW, May 30 (RIA Novosti) – The decision by organizers to reject Moscow’s application to attend next month’s international conference on missile defense signals that the West is suspending talks with Russia on this issue, the Russian Foreign Ministry said Friday.

“We point that this step fits in the general trend aiming at folding dialogue with Russia on missile defense issues, and that is recently carried out by the United States and its NATO allies. The discussion of this matter through military and political channels is actually blocked by them and now, it seems that the time to fold the contacts [established] through industry and expert circles has come,” Russian Foreign Ministry said.

The organizers of the International Conference on Missile Defense, Challenges in Europe, due to be held in Germany’s Mainz on June 17-20, said the move came amid new difficulties hampering the creation of the proper conditions to receive Russian guests.

This “ostrich-like,” head-in-the-sand approach causes concerns as the unlimited deployment of the US-NATO missile defense elements is continuing in Europe. “This may violate the strategic balance and undermine international stability,” the ministry said.

The Foreign Ministry reiterated that Moscow has been asking its foreign partners to improve joint cooperation to counteract possible missile challenges and threats.

“These proposals still remain in force, however they can hardly be fulfilled when one of the parties in fact is absolutely refusing to hold talks. This situation only supports our conclusions on the true goal of the anti-missile potential, being created by the United States and its allies,” the statement said.

The US missile defense system in Europe has become a particular source of friction in US-Russian relations.

Last week, Russian Deputy Foreign Minister Sergei Ryabkov said that Russia would be forced to react “if there is really another look at the European phasing of an adaptive approach to the creation of a missile defense system speeding up to the phase where it’s time to place metal to the cement.” 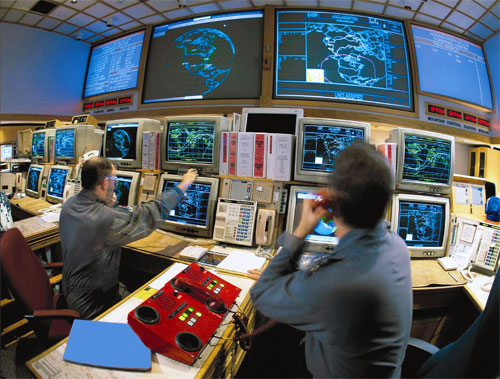