Re: Restrictions on Foreign Orgs in the U.S. 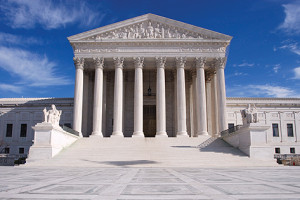 There has long been an American statute in place regulating the work of organizations working “in the interests” of foreign powers on American soil. However, it is quite short and, anyway, is a single provision compared to Russia’s extensive anti-“foreign influence” legislation beginning in 2012. According to Registration of Foreign Propagandists, 22 U.S.C. § 611 (1938), certain organizations are required to register with the DoJ if, for example, they fit a set of requirements including engagement in “political activities.” Let’s also remember that in the United States, regardless of all our other legal and law enforcement problems, some of them formidable, we do not have an institutional legacy of using bizarre and vague laws to silence inconvenient political voices.

“‘Political activities’ means any activity that the person engaging in believes will, or that the person intends to, in any way influence any agency or official of the Government of the United States . . . with reference to formulating, adopting, or changing the domestic or foreign policies of the United States or with reference to the political or public interests, policies, or relations of a government of a foreign country or a foreign political party.”

I’ve attached a copy of the statute, which is three pages long, in case you are interested or think your readers may be.
[Not here:
United States Code Annotated
Title 22. Foreign Relations and Intercourse
Chapter 11. Foreign Agents and Propaganda
Subchapter II. Registration of Foreign Propagandists (Refs & Annos)]

Meanwhile, Chapter 11 of Title 22 U.S.C. is entirely devoted to “foreign propagandists.” According to the cursory research I did in response to your note today, the last time an organization was prosecuted for acting at the “request of a foreign principal” was in 1982. It was apparently a Northern Irish lobby group (Attorney General of U.S. v. Irish Northern Aid Committee, C.A.2 (N.Y.) 1982, 668 F.2d 159).

All best, and thanks for all your work keeping us up to date – especially these days,