Putin’s Reliance on American Commerce Has Never Been Greater 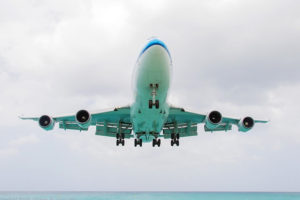 President Vladimir Putin loves to reel off statistics, but here’s one he may not trumpet at his annual investment forum in St. Petersburg this week: Russia’s reliance on American commerce has never been greater.

Since leading the push for western penalties on Russia over Ukraine two years ago, the U.S. has leapfrogged Turkey, Japan, Poland and South Korea to become the country’s No. 5 trading partner outside the former Soviet Union.

While European Union members bear the brunt of the trade war — sanctions and counter-sanctions have cut the bloc’s bilateral trade with Russia by an estimated 100 billion euros ($112 billion) — U.S. companies led by Boeing Co., Cargill Inc. and Yum! Brands Inc. have been investing for the long-haul and gaining market share.

“The initial shock of the sanctions and economic troubles has worn off,” said Alexis Rodzianko, head of the American Chamber of Commerce in Moscow. “Companies committed to being here have thick enough skins to survive.”

Boeing, whose design bureau in Moscow is its largest outside the U.S., this month opened a training and research center at the government-backed Skolkovo technology park with a ceremony that was attended by Deputy Prime Minister Arkady Dvorkovich and U.S. Ambassador John Tefft.

The Chicago-based company, which buys a third of its titanium from Russia, struck a $7.4 billion deal to sell 20 747-8 freighters to Moscow-based Volga-Dnepr Group last year, providing a much-needed boost to a jumbo-jet program that had no net orders in 2014 for the first time since sales started in 1966. It also won Congressional approval to resume buying Russian rocket engines to launch U.S. satellites through a venture with Lockheed Martin Corp.

“We’re optimistic about the future,” Tefft said at the June 3 event. “It’s good to develop partnership between our countries despite the political situation.”

The geopolitical standoff between former Cold War adversaries and the collapse in energy prices may have ravaged Russia’s trade with the rest of the world, but the U.S. has fared better than every other major partner but China.

First-quarter trade with the U.S. fell 22 percent to $4 billion, compared with a 31 percent drop on average for the 28 countries in the EU and a 12 percent decline for China, Russian customs data show. That gave the U.S. a 4.1 percent share of Russian trade, up from 2.9 percent three years ago and just behind Italy. China led with 13.8 percent, followed by Germany and the Netherlands with 8.8 percent and 7.3 percent, respectively.

Russia’s ban on EU farm products combined with Putin’s drive to achieve food self-sufficiency and the weaker ruble have created opportunities that are being seized by agricultural giant Cargill and restaurant chains like Yum!

Cargill, which started selling grain to the Soviet Union in 1964, is finishing a $200 million seed-crushing plant in southern Russia and in March announced plans to build an animal-feed facility in central Russia.

Yum! has opened about 200 KFC outlets in Russia since 2014 to take advantage of diners downshifting to less-expensive restaurants, lifting first-quarter sales by 27 percent. McDonald’s Corp., which opened its 500th restaurant here last year, plans to add another 60 in 2016, while Restaurant Brands International Inc.’s Burger King is expanding at a similar pace.

With the EU economy in the doldrums and investors spooked over Britain’s possible exit from the bloc, Brussels is coming under increasing pressure to resume business as usual with Russia. The French Senate last week passed a non-binding resolution to “gradually and partially” lift sanctions by a vote of 302 to 16 — a position echoed by the Russia-Germany Forum, a powerful lobby group uniting major companies in both countries.

“Sanctions aren’t good for the German or the Russian economy,” the forum’s chief, Matthias Platzeck, said in Moscow, noting that the EU is suffering more from the penalties than the U.S. “We can’t exclude the fact that America benefits.”

But with Russia only now about to emerge from the longest recession of Putin’s 16-year rule, not all U.S. companies have weathered the storm.

While the U.S. and the EU insist publicly that sanctions will remain in place until Russia fully implements the international peace accord with Ukraine, there are signs that tensions are starting to ease.

The European Commission president, Jean-Claude Juncker, and the CEOs of two of the world’s largest companies — Exxon Mobil Corp.’s Rex Tillerson and BP Plc’s Bob Dudley — are all scheduled to attend Putin’s economic forum, though the heads of Wall Street titans like Goldman Sachs Group Inc., once fixtures at the event, have yet to return.

The annual gathering, once dubbed Russia’s Davos, comes just weeks after the government in Moscow sold Eurobonds for the first time since 2013, despite the Obama administration’s warning banks away from participating in the deal.

“There is a growing understanding that we are in a strange, temporary phase that won’t last forever,” said Alexander Morozov, chief financial officer of state-run Sberbank PJSC, Russia’s largest lender.

Morozov had just returned to Moscow from a trip to the U.S. to gauge interest in Russia and held out a fistful of business cards to demonstrate what he learned: “The appetite to invest is returning.”