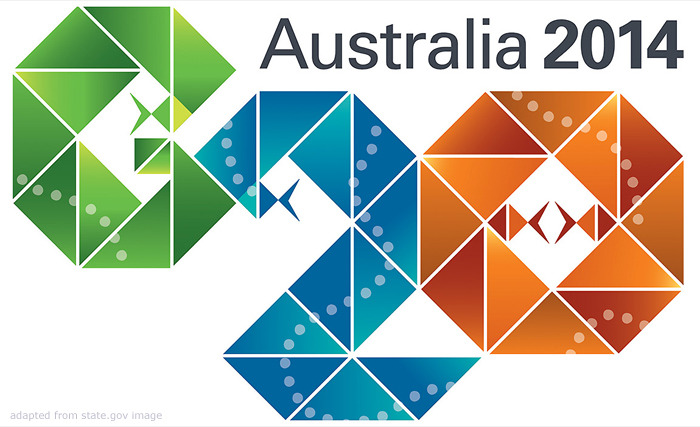 (Moscow Times – themoscowtimes.com – Ivan Nechepurenko – November 17, 2014) President Vladimir Putin made an early departure Sunday from the two-day G20 Summit in Australia, after fielding an abundance of criticism from Western leaders over Russia’s allegedly aggressive role in the ongoing crisis in Ukraine, a move some observers say will inevitably be interpreted as a symbol of defeat.

“Putin’s early exit from Brisbane is a mistake on his part. Regardless of the atmosphere there he should have made it look as though nothing happened and stayed through the end,” Fyodor Lukyanov, head of Russia’s Council on Foreign and Defense Policy told The Moscow Times.

“This will be interpreted as a sign of stress,” he said.

Putin received a frosty reception during the summit, which was chaired by Australian Prime Minister Tony Abbott, who vowed in October to “shirt-front” Putin over the downing last summer of Malaysia Airlines Flight MH17. Of the 298 civilians that perished in the tragedy, 38 were Australian.

At the airport, Putin was greeted by Australia’s deputy defense minister, while Chinese leader Xi Jintao and German Chancellor Angela Merkel – who arrived next – were greeted by the higher-ranking Governor General Peter Cosgrove, the Moskovsky Komsomolets newspaper reported. The governor general serves as Queen Elizabeth II’s representative in Australia.

Later, as the leaders met privately ahead of the summit, Canadian Prime Minister Stephen Harper responded to an attempted handshake from Putin with, “I guess I will shake your hand, but I have only one thing to say to you: You need to get out of Ukraine,” Harper’s spokesperson Jason MacDonald told reporters.

Kremlin spokesman Dmitry Peskov told Interfax that Putin responded to Harper by saying that “unfortunately this cannot be done, as we are not there.”

When asked if he felt the heat from his colleagues at the summit, Putin said he was “happy with the results and the atmosphere,” in a final round of press remarks before boarding his plane bound for Moscow.

“I realized there have been some attempts to raise the tension when I looked through the local press and other media outlets after arriving. In this particular case, the reality and the virtual life in the media were very far apart,” he said.

Putin explained that he had to depart earlier than expected in order to catch some sleep to get ready to work on Monday.

“We have a 9-hour flight from here to Vladivostok, and then another nine hours from Vladivostok to Moscow. We still have to get home and be ready for work on Monday. It would be nice to be able to sleep for four or five hours,” he said.

Just a day earlier, Kremlin spokesman Dmitry Peskov had told Kommersant-FM that Putin had no plans for an early departure.

After Putin left, U.S. President Barack Obama held a meeting with Japanese Prime Minister Shinzo Abe and Abbott, which concluded with a vow to oppose “Russia’s purported annexation of Crimea and its actions to destabilize eastern Ukraine,” Reuters reported.

At the same time, on the possibility of new sanctions against Russia, Obama said that the U.S. and European allies are always looking at more penalties but “at this point the sanctions we have are biting plenty good.”

Lukyanov noted that at summits such as this one, what is said behind closed doors is often more important than any of the statements released to the public. At the same time, he said that by leaving early, Putin demonstrated that western nations currently have the upper hand in their dealings with Russia.

“The G20 is different from the G8 because there are many non-Western countries in the club. In my opinion, Russia needs to show that there are countries it can work with and that it is a part of a bigger group,” he said.