Putin: Russia Looks To Get Free Of U.S. Dollar ‘Burden’ In Oil Trade 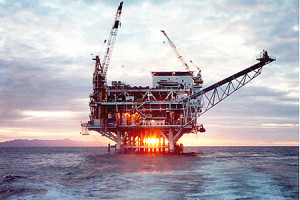 Russia is mulling over ways to ‘get free’ of the U.S. dollar burden in oil trade as part of a plan to boost its national economic sovereignty, Russian President Vladimir Putin said.

“Oil is traded in dollars on the exchange,” TASS news agency quoted Putin as saying. “Certainly, we are thinking about what we need to do in order to get free of this burden. Furthermore, our partners are helping us by introducing all these unlawful restrictions and violating principles of the global trade, because the whole world sees the dollar monopoly is unreliable; it is dangerous for many, not only for us,” said Putin.

“This is not merely a separation from the dollar; this refers to the need of strengthening our economic sovereignty,” the Russian president noted.

Russia is currently diversifying its gold and foreign currency reserves and will continue to do so in the future, according to Putin.

Data by Russia’s central bank showed last week that Moscow held 45.8 percent of its reserves in U.S. dollars as of Jan. 1, 2018.

“We used to behave naïvely, but now we see that the WTO [the World Trade organization] rules are all too often broken, the restrictions are imposed for political reasons, which they call sanctions. Plus more and more of them are imposed to secure its favorite competitive advantages,” Putin said, without specifying an alternative currency for the U.S. dollar in his speech at the Russian Parliament.

Last month, Russia’s Energy Minister Alexander Novak was quoted as saying that Russia was considering replacing the U.S. dollar in crude oil payments on deals with Turkey and Iran.

According to Novak, “There is a common understanding that we need to move towards the use of national currencies in our settlements. There is a need for this, as well as the wish of the parties. This concerns both Turkey and Iran – we are considering an option of payment in national currencies with them. This requires certain adjustments in the financial, economic and banking sectors.”

Iran, under threat of returning U.S. sanctions, a few months ago decided to ditch the greenback as a currency in its imports.