Peskov on Kasyanov’s plans to await president’s response to threats from Kadyrov: “This is his right” 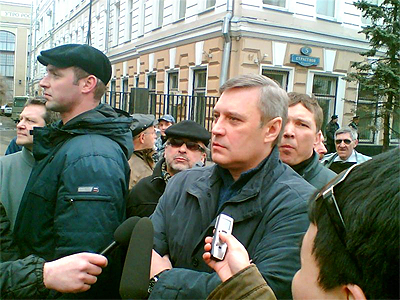 MOSCOW. Feb 2 (Interfax) – The Kremlin has said that PARNAS opposition party leader, Mikhail Kasyanov, has a right to expect a response from the Russian president, as the guarantor of the constitution, to Chechen head Ramzan Kadyrov’s Instagram publication with threats toward the non-systemic opposition and Kasyanov personally.

“This is his right,” Kremlin spokesman Dmitry Peskov told reporters on Tuesday, when answering an appropriate question.

At the same time, Peskov said that he, “so far, does not intend to offer any comments” with regard to Kadyrov, and the information published on the Chechen leader’s Instagram account.

On Monday, a video showing PARNAS opposition party leader, Mikhail Kasyanov, in the cross-hairs of a sniper’s rifle was posted on Kadyrov’s Instagram page.

A caption under the video said: “Kasyanov has come to Strasbourg for money for the Russian opposition. Those who have failed to understand before, will understand now.”

In the video clip, Kasyanov is seen with a journalist, his party deputy leader, and Open Russia coordinator, Vladimir Kara-Murza Jr. who, last October, asked the Russian Investigative Committee to open a criminal inquiry into his poisoning in May 2015.

Kasyanov said he would complain to law enforcement agencies about the video.

The PARNAS leader also noted that he was expecting the president’s response.

At his meeting with the press in Grozny, in the middle of January, Kadyrov branded the Russian non-systemic opposition as ‘enemies of the people’ and said that they should be tried for subversive activity.