NEWSWATCH: “What Does Obama Think of the Russia Story? The only reasonable conclusion: Not much.” – Wall Street Journal/JAMES FREEMAN 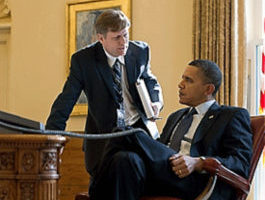 “… Schiff … and Maddow are convinced [of] … more than circumstantial evidence of collusion between the … Trump campaign and the Russian government. But … Obama doesn’t see it that way, judging from … comments before and after leaving the White House. It’s a reasonable guess [Obama] has seen more relevant intelligence on this issue than they have. * * * … the Trump White House invited lawmakers to review potential evidence that the Obama Administration mishandled classified information collected last year about members of the Trump presidential transition team. But this time the former president’s office declined to comment. Rather than continuing to speculate and leap to partisan assumptions, perhaps … Schiff and … Maddow should listen to the sound of … Obama’s silence.”

Click here for: “What Does Obama Think of the Russia Story? The only reasonable conclusion: Not much.” – Wall Street Journal/JAMES FREEMAN