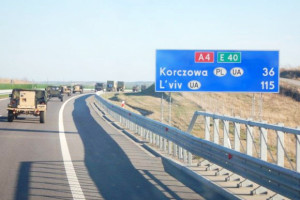 “National Security and Defense Council (NSDC) Secretary Oleksandr Turchynov said he hopes that the new U.S. administration will make a decision on granting lethal weapons to Ukraine. ‘I do think that Ukraine has a chance to get lethal weapons. … The position of the Republican Party towards Ukraine is sufficiently clear and consistent. All their votes in the Congress and in the Senate prove this. Hopefully, President Trump will consistently pursue the Republican Party policy,’ Turchynov said … ‘Hopefully, Russia’s expectations that the U.S. will turn a blind eye to their terrorist activities won’t come true …. the whole civilized world is interested in putting an end to settlement of political issues through military means, in stopping the redrawing of borders and military conflicts. …’ He also expressed hope that the U.S. will provide tangible assistance to Ukraine in the defense and security sector reform.”