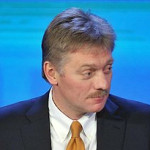 The Kremlin will be guided by results of Ramzan Kadyrov’s work rather than his statements, Russian presidential spokesman Dmitry Peskov told reporters …. ‘We should wait for the time [when Chechen leader’s term expires and the president’s decision],’ he said …. Kadyrov, 39, who has led the republic since March 2007, said in televised remarks … Saturday that his time as the head of the republic has passed. ‘With pleasure,’ Kadyrov told … NTV … answering a question if he wanted to step down. ‘… I feel that the country’s leadership should find another person so that my name cannot be used against my fellow people,’ he said. ‘My time is already up. A man has his limit and Kadyrov is at the peak, I think.’

Kadyrov’s term expires in early April. Elections of the new head of Chechnya will be held on September 18, 2016, the single voting day in Russia.

Click here for TASS: Kremlin comments on Chechen leader’s plans to step down