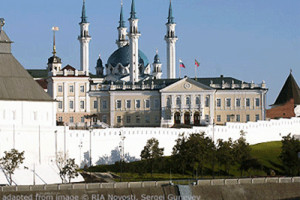 The New York Times covers Russian efforts to turn Kazan into a center for sporting events.

A cultural hub for 1,000 years, the city has spent the decade since its 2005 millennium celebration reinventing itself as the cynosure of Russian sports.

Since 2007, the city has hosted world and European competitions in field hockey, ice hockey, fencing, boxing, bandy and weight lifting. In the years ahead, it will welcome international visitors for a major rhythmic gymnastics event, an extreme sports event modeled after the X Games and two significant soccer tournaments: the 2017 Confederations Cup and the 2018 World Cup.