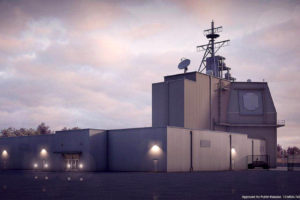 On May 12, U.S. officials declared the U.S. SM-3 missile interceptor site at Deveselu, Romania operational. The next day, ground was broken at Redzikowo, Poland for a second SM-3 installation. Moscow immediately made clear its displeasure at these developments, repeating its past claims that U.S. missile defenses in Europe pose a threat to Russia. At the end of May, President Vladimir Putin warned that the SM-3 sites could subject Romania and Poland to being targeted by Russian weapons.

The Iran nuclear deal could open a possibility for reconsidering the SM-3 deployment plans. To get there, however, the Kremlin should offer something in the arms control field of interest to Washington and NATO.
* * *
If Moscow truly worries about the Polish SM-3 site, it could prompt a reconsideration of that plan. The Russians could indicate that Moscow would be prepared to give on something of interest to NATO in return for the United States and NATO forgoing the SM-3 deployment in Poland. That “something” could be a dialogue on non-strategic nuclear weapons or some different proposal.