NEWSWATCH: “How Russia Became the Jihadists’ No. 1 Target; Monday’s bombing in St. Petersburg might be only the beginning of a new terrorist wave” – Politico/COLIN P. CLARKE 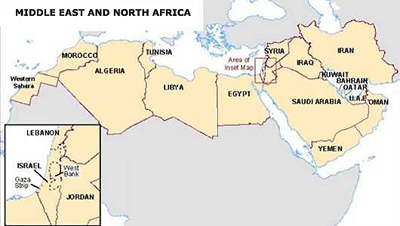 “… too soon to say who is responsible for the bombing … in St. Petersburg … it wouldn’t be surprising if international terrorists were responsible. Russia is fast replacing the United States as the No. 1 enemy of al Qaeda, the Islamic State, and other Sunni jihadist groups …. recent Russian actions in the Middle East … escalating intervention in Syria and its moves toward intervention in Libya with … special forces … in Egypt … have drawn the ire of militant Sunnis worldwide and elevated Russia as the jihadists’ top target. … if the Islamic State’s ‘caliphate’ in Syria collapses and foreign fighters, an estimated 2,400 of whom are from Russia, attempt to return home and fix their sights on the Kremlin, the situation could dramatically worsen …. * * * In the lead-up to … Sochi, Russian authorities actually encouraged Sunni militants on its soil to depart for Syria to wage jihad. … its deepening involvement in the Middle East morass means that Moscow has now chosen sides in a sectarian conflict abroad – a strategy that could lead to tragedy at home.”

Click here for: “How Russia Became the Jihadists’ No. 1 Target; Monday’s bombing in St. Petersburg might be only the beginning of a new terrorist wave” – Politico/COLIN P. CLARKE