NEWSLINK: “Summitgate and the Campaign vs. ‘Peace’; Not surprisingly, Trump’s meetings with NATO and Putin are being portrayed as ominous events by Russiagaters” – The Nation/Stephen F. Cohen 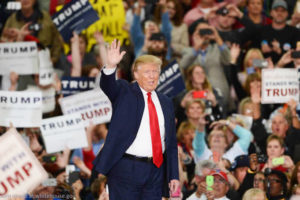 “As Cohen pointed out in previous discussions, U.S.-Russian (Soviet and post-Soviet) summits are a long tradition going back to FDR’s wartime meeting with Stalin in Yalta in 1943. Every American president since FDR met with a Kremlin leader in a summit-style format at least once, several doing so multiple times. The purpose was always to resolve conflicts and enhance cooperation in relations between the two countries. Some summits succeeded, some did not, but all were thought to be an essential aspect of White House-Kremlin relations.  As a rule, American presidents have departed for summits with bipartisan support and well-wishes. Trump’s upcoming meeting with Russian President Putin, in Helsinki on July 16, is profoundly different in two respects. U.S.-Russian relations have rarely, if ever, been more dangerous. And never before has a president’s departure-in Trump’s case, first for a NATO summit and then the one with Putin – been accompanied by allegations that he is disloyal to the United States and thus cannot be trusted, defamations once issued only by extremist fringe elements in American politics. Now, however, we are told this daily by mainstream publications, broadcasts, and ‘think tanks.’ According to a representative of the Clintons’ Center for American Progress, ‘Trump is going to sell out America and its allies.’ The New York Times and The Washington Post also feature ‘experts’  -they are chosen accordingly-who ‘worry’ and ‘fear’ that Trump and Putin ‘will get along.’ The Times of London … captures the mainstream perspective in a single headline: ‘Fears Grow Over Prospect of Trump “Peace Deal” with Putin.’ …”