NEWSLINK: Japan-Russia Ties: An Opportunity for the U.S. 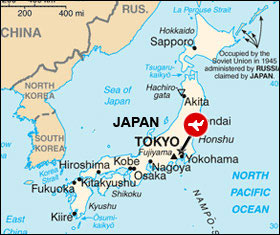 A Moscow Times commentary by Jeffrey Mankoff, of the Center for Strategic and International Studies, suggests that Russian relations with the United States and the European Union are at an impasse, but that Russian Relations with Japan have been improving.

Amid rising tensions over Russia’s crackdown on dissent and treatment of homosexuals, not to mention intervention in Ukraine, President Barack Obama and most European leaders decided to skip the [Sochi] Olympics. Only one major democratic country’s leader came to Sochi for the Games: Japanese Prime Minister Shinzo Abe, who attended the opening ceremony on Feb. 7 and met President Vladimir Putin the following day.

Russia appears to have been bolstering relations with Japan, possibly motivated, in part, by shared concerns over China.

Abe’s trip to Sochi, his fifth meeting with Putin just since the beginning of 2013, is one indicator of what has been a rapid improvement in Russian-Japanese relations in recent years. Owing in part to shared concerns about China, this rapprochement between Moscow and Tokyo is good news for the U.S., which should encourage it as part of a larger strategy for managing China’s rise.