“… [when] FIFA’s 22-person executive committee awarded both the 2018 and 2022 World Cups … victories by Russia and Qatar … risky bids, were met with immediate speculation of vote bartering and outright bribery. … rumors of a Russian scheme to bribe referees on Spain’s behalf in the 2010 World Cup …. FIFA sent investigators to look into it … the bid committee’s computers … had been destroyed. … [A]n unidentified former MI6 intelligence officer hired … to investigate … Putin and his cadre of wealthy oligarchs [said] ‘Don’t expect me or anyone else to produce a document with Putin’s signature saying please X bribe Y with this amount this way …. He’s not going to do that. Putin is an ex-intelligence officer. Everything he does has to be deniable. Sochi was a complete pigs’ trough of corruption and the World Cup is five times as big.’ …

[At the Sochi Olympics] Russia … hatched the mother of all doping schemes …. the man in charge defected, shared his meticulous notes and is currently in the FBI’s witness protection program so he won’t suffer the fate of two Russian colleagues, who have since met their accidental and untimely deaths. … The state-sponsored doping system, the World Anti-Doping Agency determined …. encompassed most sports in Russia, hundreds upon hundreds of cases that were magically erased. … reportedly includ[ing] 155 soccer players. …”

Click here for: “Can we believe what we see at Putin’s World Cup?” – San Diego Union Tribune/Mark Zeigler 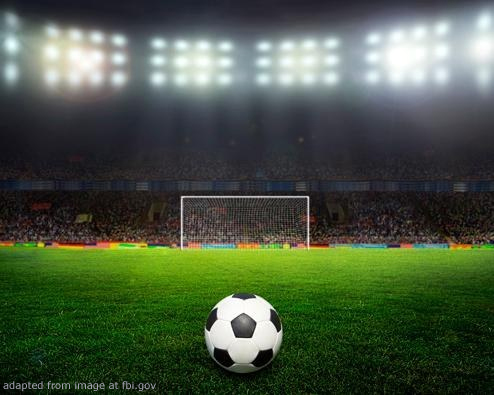