New U.S. Sanctions on Russia Are a Mixed Bag; Europeans are rightly wary that promoting U.S. exports is an ulterior motive.

The European Commission is preparing to counteract the new sanctions the U.S. Congress may impose on Russia this week. This may sound as if Europe is siding with Russia after three years of upholding economic restrictions against it and the Western alliance is showing cracks. But it’s more complicated than that: Europeans are merely looking after their economic interests, which the U.S. bill clumsily steps on.

On Tuesday, the House of Representatives of the U.S. Congress is likely to approve a bipartisan bill, also backed by the Senate, which imposes new sanctions on Iran, Russia and North Korea. It has a controversial section that empowers the president to sanction any company that provides technology, services, investment or any support to Russian export pipeline projects. That has dangerous implications for European companies that are partners in Russia’s planned Nord Stream 2 pipeline to Germany, including France’s Engie, the U.K.-Dutch Royal Dutch Shell, Austria’s OMV Group and Germany’s Uniper and Wintershall, all partners in the project.

Congress is hardly averse to killing several birds with one legislative stone. Nord Stream 2 is specifically named in the U.S. bill as a threat to Europe’s energy independence — a view shared by some Eastern European countries, especially Poland, but not by core European Union nations that need the cheap additional gas supply the pipeline promises to deliver. But the way the bill is written also threatens firms that work on other Russian pipelines, including Turkish Stream, already under construction, and even any upgrades to the old pipeline system that runs through Ukraine.

The earlier version of the bill earned criticism from European energy companies, a sharply worded joint statement from the German and Austrian governments and, most recently, a belligerent response from European Commission President Jean-Claude Juncker. In a note to commissioners, Juncker called on them to be ready “within days” to respond, first by seeking U.S. assurances that sanctions won’t be imposed on EU companies, then by placing the U.S. law (should the bill become one) under Europe’s statute that invalidates other countries’ extraterritorial laws, then by retaliating in the World Trade Organization.

The Europeans have good reasons to worry about the bill, even as amended. The pipeline part of the bill is likely to be President Donald Trump’s favorite. Trump has been pushing U.S. liquefied natural gas as an alternative to Russia’s pipeline exports to Europe. As the German and Austrian reaction shows, Europeans don’t trust Trump’s assurances that “the United States will never use energy to coerce your nations, and we cannot allow others to do so. You don’t want to have a monopoly or a monopolistic situation.”

The sanctions bill accuses Russia of weaponizing its gas exports — an obsolete criticism as far as Europe is concerned. The EU has fought Russian state-owned supplier Gazprom’s attempts to abuse its dominance in Eastern Europe for years, and now the parties are close to a final settlement almost entirely on the EU’s terms. Gazprom needs the European market as much as Europeans need Russian gas, if not more, so it’s been bending to pressure, replacing long-term contracts with shorter ones and discounting prices. Now that Russia is pliant, what the EU doesn’t need is U.S. attempts to impose its own, more expensive product on its market.

It’s likely, however, that even if this kind of power play might appeal to Trump, he won’t push the Europeans too hard. Trump’s administration has criticized the bill, and if he signs it, he won’t be overzealous in implementing it. And in relation to the pipeline projects, the legislators have inserted language that directly calls on him to be cautious.

The version of the bill passed by the Senate merely empowered the president to impose the pipeline-related sanctions. The latest version, which will probably land on Trump’s desk, says the president may introduce the sanctions “in coordination with allies of the United States.” European companies should be partially reassured by the change, although an assurance that they won’t be sanctioned, like the one Barack Obama gave in 2014, would be even better.

The reassurance, however, likely won’t impress anyone in Moscow, where cynicism about the U.S. runs deep. Legislator and TV personality Alexey Pushkov, who frequently comments on U.S.-Russian relations, tweeted:

“The exceptional nation wants to block Russian gas supplies to Europe and sell expensive shale gas from the U.S. to its European servants. That’s the entire ‘morality’ of Congress.”

Russia is already operating under the worst-case scenario. In recent weeks, it sped up the construction of Turkish Stream under the Black Sea, using pipe-laying ships that belong to Allseas Group S.A., a Swiss contractor — even though there is no final agreement on where the pipeline will resurface in Turkey.

Last year, Gazprom also made sure to acquire underwater pipe-laying capacity that would be immune to sanctions. Using a Gazprom-guaranteed loan, a Russian contractor paid $1 billion for a giant pipe-laying ship built in Singapore for a Nigerian company that ran into financial trouble. If worse comes to worst, Gazprom can do without European partners. Equipment and parts will be sourced in Asia, often in confidential deals that won’t reach the ears of Western regulators.

Therein lies a major problem with U.S. sanctions old and new. While they irritate U.S. allies and businesses, they also push Russia towards greater self-sufficiency.

Senator John McCain famously called Russia “a gas station masquerading as a country.” U.S. legislators are acting on this simplistic understanding as they impose new the sanctions. But they cannot ban Russian energy exports as such: U.S allies in Europe wouldn’t stand for it, and, for all of Trump’s “America first” rhetoric, the U.S. still cares about their opinion. Weaker sanctions, meanwhile, force Russia to make a bigger effort to acquire, and ultimately to develop, the technology it may stop receiving from the West. That is hardly the outcome the U.S. ultimately needs. 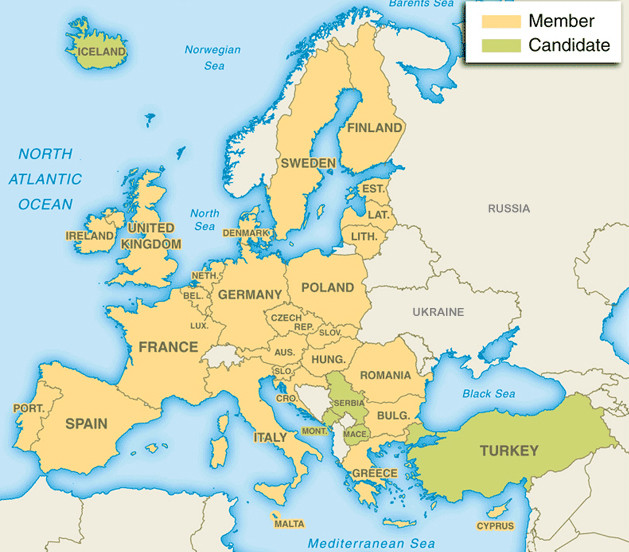