White House national-security adviser John Bolton has arrived in Kyiv — the most senior U.S. official to visit Ukraine since the election of President Volodymyr Zelenskiy in April. 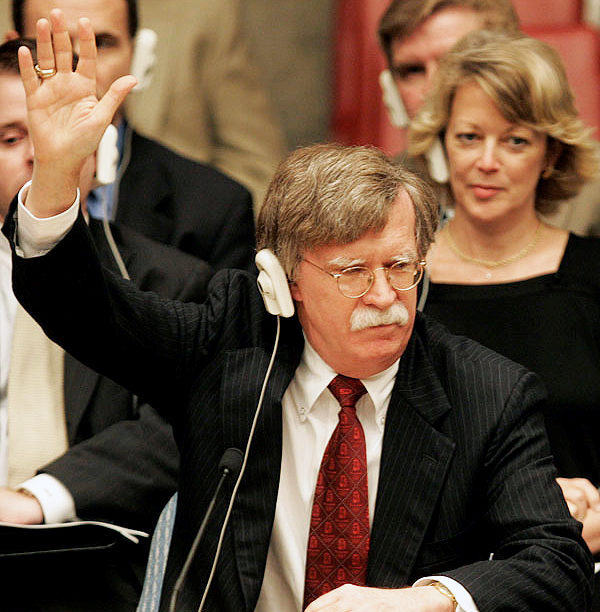 Speaking to reporters in the Ukrainian capital on August 27, Bolton said he had traveled there to hear the priorities of the new government, adding that it was in the United States’ interest to see a successful Ukraine, according to Reuters.

He also told reporters that U.S. President Donald Trump and his Ukrainian counterpart could meet soon in Poland, but he did not give a date.

“Ambassador Bolton is here to underscore U.S. support for Ukraine’s sovereignty, territorial integrity, and Euro-Atlantic path. He looks forward to productive meetings with Ukrainian officials,” the U.S. Embassy in Kyiv said on Twitter on August 27.

A day earlier, Bolton tweeted that Washington supports Zelenskiy’s “reform efforts and vision to create a stronger and more prosperous Ukraine,” amid continued fighting between government forces and Russian-backed separatists in the country’s east.

Also on August 27, the presidential administration in neighboring Belarus said that Bolton will travel to Minsk for talks with President Alyaksandr Lukashenka later in the week, without giving an exact date.

Bolton’s trip to Minsk, which has not been confirmed by U.S. officials, would mark the highest-level U.S. government visit to Belarus in the past 20 years.

The government of another former Soviet republic, Moldova, said earlier that Bolton would visit Chisinau on August 29.

Bolton’s Eastern European tour will most likely irritate Moscow, which has been trying to restore its influence over former Soviet republics in recent years.

Moscow has been actively trying to boost its ties with Minsk by developing the so-called Russian-Belarusian Union State that was established in the 1990s and which exists mainly on paper.

In Ukraine, Russia annexed the Crimean Peninsula in March 2014 and has been supporting pro-Kremlin separatists in the eastern regions of Donetsk and Luhansk, where some 13,000 people have been killed since April 2014.

Bolton’s visit to Kyiv comes after French President Emmanuel Macron’s announcement that the leaders of Russia, Ukraine, Germany, and France will hold talks next month aimed at ending the conflict in eastern Ukraine.

“We think that the conditions exist for a useful summit,” Macron said on August 26 at a Group of Seven (G7) summit in France.

He said the quadrilateral talks — known as the Normandy format — would be held in September, but did not give an exact date.

With reporting by Reuters