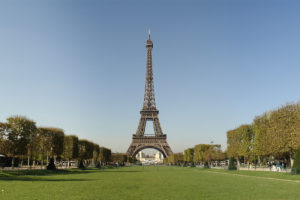 Maxim Trudolyubov, Senior Fellow with the Kennan Institute and editor-at-large with Vedomosti, has been following Russian economy and politics since the late 1990s. He has served as an opinion page editor for Vedomosti and editor and correspondent for the newspaper Kapital.

In an election seen by many in Europe as a referendum of sorts on the future of a united Europe, Russia openly embraced the anti-EU side, France’s far-right Front National (FN), led by Marine Le Pen. And lost, or so it seems.

Jean-Marie Le Pen, Marine’s father, who founded the party in the early 1970s, was convicted several times for speech “inciting racial hatred” and once for a comment that constituted, under French law, a Holocaust denial. Yet, Le Pen senior shook France back in 2002 when he made it to the second round of the presidential election.

Mainstream electorates of all political colors then pulled themselves together and gave Le Pen’s opponent, Jacques Chirac, a seasoned politician of declining popularity, the biggest landslide victory in France’s history. The French voted “with a clothespin on their noses” to make sure Le Pen senior attracted as few votes as possible. He ended up getting about 5.5 million votes (18 percent of the total).

Despite reaching the runoffs in 2002, the FN was not seen as a mainstream party back then. But things are different now. Marine Le Pen collected 10.6 million votes this time, 34 percent of the total. Years of assiduous “dédiabolisation” of her father’s movement bore fruit, and the FN is now mainstream. Many would not agree with this assessment because the views the party fosters are still considered unacceptable in polite society. Well, the problem is, the parties that represent “polite society” have lost much of their appeal. Macron’s movement is only one year old, and unless it grows, it will remain a smaller force than the FN.

There are signs of the En Marche movement expanding. Manuel Valls, France’s former prime minister and a Socialist who lost the party’s primaries for the presidential contest, said recently that he would join Macron’s movement and will run for parliament on its platform. “I am attached to the Socialist party, its history, its values but the Socialist party is dead and gone,” he said.

Among major Western nations, France arguably represents the starkest case of the breakdown of the traditional postwar political center. A cohabitation of center-left and center-right parties that had lasted in Europe for about 70 years is being increasingly disrupted by radical forces that, through the sheer fact of achieving prominence in countless campaigns, can no longer be dismissed as fringe. “The cumulative vote for extremists of the far left and the far right in the first round of the presidential election was closer to 50 per cent,” the Financial Times’ Gideon Rachman writes. “That means that almost half of French voters want to smash ‘the system.'”

Moscow did not cause France’s Socialists and Republicans to become so unpopular. The advance of the fringes and the normalization of the extreme political discourse are certainly things the Kremlin loves to be associated with, that is for sure, but did it initiate these processes? Forces like the FN have been on the rise for a long time, and not because Moscow supported them. Moscow is supporting them because they have been on the rise.

To be fair, the full extent of Moscow’s involvement in all kinds of “far-off-center” forces is unknown. What is known is that the Kremlin loves to troll Western polite society by showcasing its support for all kinds of outcasts and pariahs.

Marine Le Pen did not make many foreign trips as a candidate. Moscow was, by far, her highest-profile destination. President Vladimir Putin made a point of meeting a contender for France’s highest office. “We do not want to influence events in any way, but we retain the right to meet with all the different political forces, just like our European and American partners do,” Putin said when meeting with Le Pen. “I know that you represent a European political force that is growing quickly.”

Mirroring the West would not be complete without supporting the anti-mainstream forces financially. The Moscow-based lender First Czech Russian Bank extended the FN 9 million euros in credit in 2014. A Russian-backed fund based in Cyprus provided the FN’s funding organization Cotelec with another loan of 2 million euros, Bloomberg reported, quoting a news website, Mediapart.

But that channel of support is now defunct. The Central Bank of Russia revoked the license of the First Czech Russian Bank in July 2016. “The loss of the FCRB was a hard blow for us,” the FN treasurer Wallerand de Saint Just told Bloomberg last December. “The Russia loan was a stable resource. Now we are still searching for loans.” Saint Just said he’s seeking international financiers in other countries, including Russia, because French banks have refused to fund his party.

Russia’s support for Western far-right forces very often seems to be about putting on a show. Real action often lags behind because the Kremlin does not seem to be willing to invest seriously in causes it publicly endorses. It is happy to ride the wave of anti-mainstream attitudes in the West because it is something that is trending now. Moscow’s halfhearted support for Le Pen, done through a failing bank, is a perfect illustration (apparently, a small-time oligarch was tasked, or “taxed,” to carry out this project on behalf of the Kremlin, which is the way things are often done in Russia).

If the far right goes out of fashion, Moscow will abandon it. Once again, the full extent of the Kremlin’s investment in disruptive forces in the West is not known, and it is not an innocent play, especially if it involves hacking and supporting truly criminal groups. But with the knowledge we have today, it would be wise to conclude that the Kremlin’s “alt-right international” may well be more hype than substance. It works perfectly well as a narrative and is probably intended as such: everybody sees Putin as a behind-the-scenes czar of the world’s far right, which he, no doubt, is enjoying a lot.