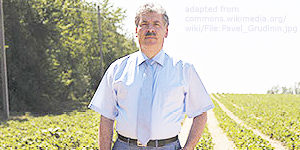 Pro-Kremlin media have been attacking Communist candidate Pavel Grudinin, whose poll numbers have been rising, according to pro-Kremlin pollsters.

Kremlin-appointed Electoral Commission chief Ella Pamfilova has reprimanded Kremlin chief of staff Dmitry Peskov for statements that could be interpreted as illegally campaigning for Vladimir Putin.

After submitting the signatures necessary to qualify for the ballot, socialite and television presenter Ksenia Sobchak called for the legalization of marijuana in Russia. 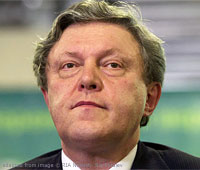 Yabloko leader and perennial presidential candidate Grigory Yavlinsky released his platform, which calls for an end to Russia’s “aggressive” war in Ukraine, an international conference on Crimea’s status, an end to Russia’s policy of violating the sovereignty of its neighbors, and the normalization of relations with the United States and the European Union. 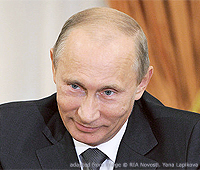 And Vladimir Putin says he’d work on a farm if he loses.

If one didn’t know better, it would appear that an actual election was going on.

If one didn’t know better, it would appear that Russians are debating the issues of the day in a consequential and competitive campaign.

And that’s kind of the point.

But we, of course, do know better.

Russia’s election isn’t really an election. But it sure is playing one on TV.

And all of these data points, collected over the past couple of weeks, are part of an elaborately staged show designed to make a coronation and a legitimization ritual take on the appearance of a competitive election.

A fresh face appears and seems to surge in the polls.

Putin’s mouthpiece gets a rare slap on the wrist from election officials.

It’s all part of a ploy to make something fake appear to be real.