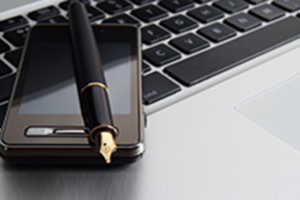 (Russia Matters – russiamatters.org – RM Staff – April 13, 2022) The latest survey results from Russia’s premier independent pollster show a Russian public largely supportive of the war in Ukraine, more worried about Western sanctions than before and split on why some Russians might be protesting the Kremlin’s “special operation” against Kyiv. The Levada Center’s most recent polling data also show that the share of Russians wanting to emigrate has dropped by half since just before the war, perhaps because so many have already left.

As usual with polls in Russia, at least two mitigating factors are important to note: the power of state-run propaganda and respondents’ wariness about speaking with pollsters, both heightened by increasingly harsh laws restricting freedom of speech and punishing dissent. In 2016, for example, the Levada Center found that 26% of respondents do not want to answer pollsters’ questions about the country’s state of affairs for fear of negative consequences. Last month, when a group of researchers commissioned a poll on Russians’ attitudes toward the war in Ukraine, 29,400 of the 31,000 people they called “ended the conversation as soon as they heard the topic,” one of the organizers told The New Yorker.That said, Levada sociologists still believe that the views respondents are willing to share in public reflect an important picture of where society stands. The polls described below were conducted March 24-30 among a representative sample of 1,632 people.

The share of respondents supporting the Russian military’s actions in Ukraine has risen to 81%, versus about two-thirds at the start of the war. Levada’s sociologists have noted a high correlation between support for the war and approval of President Vladimir Putin’s actions more generally. Support for the war among younger people is lower than among those aged 40 and older, but only modestly. The top four reasons respondents gave in explaining Russia’s invasion of Ukraine were: to defend Russian speakers and/or other civilians in eastern Ukraine (43%); to defend against threats to Russia and its borders (25%); to get rid of nationalists and fascists/to restore order (21%); to keep NATO away from Russian borders, to keep U.S. bases and laboratories out of Ukraine and to mitigate threats of nuclear war (14%).

The past three months have seen a significant spike in concern about Western sanctions among Russian respondents, with nearly half (46%) saying they are worried by the measures. This figure is 14 percentage points higher than in December, when Levada last asked the question, though not quite as high as at various points in 2014, when Russia faced a wave of U.S. and European sanctions in response to its annexation of Crimea and military intervention in eastern Ukraine. Two-thirds (67%) of respondents feel that sanctions are directly impacting large segments of the population, while nearly one-third (29%) say the sanctions have already caused problems for them or their families.

Over half of respondents (58%) have heard about street protests in Russia opposing the Kremlin’s war in Ukraine, with the share of 18- to 24-year-olds who are aware of them considerably higher (72%). Nearly half (48%) of people aged 55 and older have not heard about the protests, which have resulted in more than 15,000 arrests. There was no consensus about protesters’ reasons for showing up at demonstrations, though most respondents pointed to some form of dissatisfaction with the Kremlin. The top four reasons, not mutually exclusive, selected by respondents were: Many of them were paid to protest (32%); indignation over the military operation in Ukraine (26%); unhappy with the state of affairs in the country (25%); unhappy with the authorities’ policies (24%).

Only one-tenth of Levada’s Russian respondents said they would like to move abroad permanently—50% fewer than a month earlier (Feb. 17-21), just before the war started. As noted above, the change may stem from the high number who have already left the country—more than a quarter million as of late March by some estimates. The young, predictably, are more willing to leave than the old. Among those who want to emigrate, the top reasons given in February were: economic situation in Russia (44%); giving children a better future (41%); political situation in Russia (33%); high quality of medical care abroad (32%); more opportunities for career advancement abroad (31%); more legal and social protections abroad (27%).

Article also appeared at russiamatters.org/blog/latest-russian-polls-attitudes-toward-ukraine-war-sanctions-protests-emigrating, with different images, bearing the notice: “© Russia Matters 2018 … This project has been made possible with support from Carnegie Corporation of New York,” with a footer heading entitled “Republication Guidelines” linking to: russiamatters.org/node/7406, which bears the notice, in part: