Russian opposition politician and outspoken Kremlin critic Aleksei Navalny has announced the closure of his Anti-Corruption Foundation (FBK) after using it for almost a decade to reveal wrongdoing by the Russian authorities. 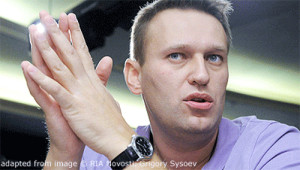 Navalny wrote on his website on July 20 that he had been forced to shut down the organization due to a lawsuit filed by the Moscow Schoolchild food company, which is associated with businessman Yevgeny Prigozhin, a close associate of Russian President Vladimir Putin.

“We will move to another legal entity, let Putin and Prigozhin choke on this. But the greatest value — you — we need to take with us,” Navalny wrote.

In October 2019, a Moscow court ordered Navalny, opposition activist Lyubov Sobol, and the FBK to pay 88 million rubles ($1.2 million) over a lawsuit filed by the company, which supplies Moscow schools and kindergartens with food.

At issue was a video containing allegations that the company did not comply with sanitary standards, forged documents, and supplied poor-quality food to kindergartens and schools.

The court ruled that the video discredited the company’s business reputation, and prompted a client to drop the Moscow Schoolchild company. It ordered Navalny, Sobol, and the FBK to pay the crippling fine.

“There is nothing you can do about me and Sobol. The amount [of the penalty] is huge, and I don’t even see a reason to try and collect it. Until the end of Putin’s power, we will have to live with blocked accounts and bailiffs confiscating our property in favor of Putin’s Chef,” he added.

Prigozhin is often referred to by the nickname “Putin’s Chef,” because his firms have catered high-profile Kremlin events.

[file photo at upper left adapted from image at commons.wikimedia.org with credit to Evgeny Feldman, subject to Creative Commons license; original image at commons.wikimedia.org/wiki/File:FEV_1795_(cropped1).jpg, with license information at creativecommons.org/licenses/by-sa/4.0/deed.en and creativecommons.org/licenses/by-sa/4.0/legalcode]