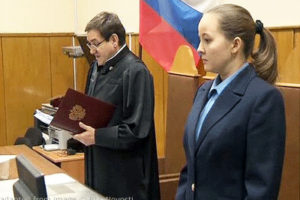 Sergei Guriev is a professor of economics at Sciences Po in Paris.

This month fifteen years ago, Russia’s richest person, CEO and main shareholder of YUKOS oil company Mikhail Khodorkovsky, was sentenced to nine years in prison in what became a turning point in the development of Russian political and economic institutions on Vladimir Putin’s watch. 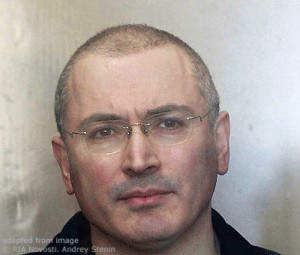 After the turmoil of reforms in the 1990s and the 1998 financial meltdown, Putin came to power with an agenda of restoring rule of law and relaunching economic growth. The timing was perfect for him: he first became the prime minister, then acting president and was then elected president at the moment when oil prices started to rebound after a long slump and market reforms initiated in the 1990s started to pay off. The first few years of Putin’s rule delivered a mixed message. On one hand, he put together an impressive team of economic reformers who continued the aforementioned changes, overhauling the country’s ineffective tax system, creating a land market and deposit insurance system, deregulating small business and achieving macroeconomic stability. On the other hand, from the very start, Putin’s administration focused on centralizing political institutions, suppressing media freedom and signaling that it would not tolerate dissent. Still, from today’s point of view, Russia was unimaginably free in the early 2000s. There were independent TV stations and parliamentary parties, political prisoners and tortures were unheard of and street protests were still allowed both de facto and de jure.

This contradiction between Putin’s economics (in favor of economic freedom) and politics (against political liberties) was resolved in October 2003 when Mikhail Khodorkovsky was arrested. Khodorkovsky was not the first oligarch harassed by Putin, but this was indeed a turning point. Khodorkovsky was the richest man in Russia at that point precisely because he cleaned up his oil company’s corporate governance. YUKOS’ market capitalization soared. It became the darling of foreign investors; there was a credible offer from one of the U.S. majors to buy a stake in YUKOS. However, Putin disliked the fact that Khodorkovsky publicly criticized corruption in the top ranks of Putin’s administration and established a pro-democracy philanthropic organization among other things. Given the approaching parliamentary elections in December 2003 and the fact that Khodorkovsky had supported opposition parties, Putin decided to strike. Khodorkovsky was arrested; two years later he was sentenced; four years later his company ceased to exist, with most assets going to state oil company Rosneft, run by Putin’s old friend Igor Sechin. Today, Rosneft is one of the largest oil companies in the world while Khodorkovsky, whom Putin pardoned in 2013, is living abroad in exile.

The 2005 sentence was not just important in clarifying Putin’s vision for Russia-the one based on centralized control of politics and state ownership-but it also buried any hopes for an independent judiciary in Russia. Both the first and second YUKOS cases exposed the fact that sentences were dictated by the executive. I have not followed the first YUKOS case closely; however, when in 2011 then-president Dmitry Medvedev asked me (along with eight other experts) to evaluate the verdict in the second case, I was shocked to realize that the verdict did not contain any proof of guilt. All experts stated-unanimously but independently of each other-that the prosecutors did not build a convincing case and that the verdict would have to be appealed. It was in fact overruled by the European Court of Human Rights (which is legally Russia’s highest court). The Russian Federation has not appealed the ECHR’s ruling, thus implicitly confirming that the original verdict should be annulled.

This is why the YUKOS affair was a turning point. Foreign and domestic investors received a clear signal: whatever happens, the government has an upper hand and there is no impartial court. The 25 billion dollar investment discussed by YUKOS and Exxon-Mobil never materialized; in fact deals of this size were never discussed. It of course took some time to see the implications in the FDI data. The net FDI inflows as a percent of GDP continued to grow for a couple of years, but after 2008 there was a downward trend. In 2018, net FDI inflows into Russia were just 0.5 percent of GDP; in 2004, they were 2.6 percent GDP. Furthermore, much of FDI inflows into Russia are the money recycled by Russians themselves. According to the Russian Central Bank’s official data, the top investor into Russia is Cyprus (a third of total FDI stock), followed by other hubs for financial intermediation and corporate holding services such as the Netherlands, Luxembourg, Bermuda and the Bahamas (jointly another 15 percent of the total FDI stock).
Even the investors who disliked Khodorkovsky (for his earlier expropriation of YUKOS’ minority shareholders) soon saw that rules of the game changed beyond recognition. In fact, there were no rules. Russia’s then-largest portfolio investor and then-British citizen Bill Browder first cheered cracking down on oligarchs including Khodorkovsky. Later, he noticed that pre-2003 drive to improve corporate governance reversed (transparency invited the government’s expropriation) and then he himself was kicked out of the country. Some of his assets were expropriated, and his tax advisor Sergei Magnitsky died in a Russian prison.This impact spread beyond the oil sector. In 2008, Russia passed a “strategic industries law” which listed 45 sectors where FDI would have to be approved by a special commission. This law was rarely used, but in 2013, the Russian government applied it to stop Abbott Laboratories’ acquisition of Russian vaccine producer Petrovax. In a more devastating development, the largest private equity investor in Russia, Michael Calvey, was arrested in 2019 and is still held under house arrest. Calvey has worked in Russia since the 1990s and always stayed away from oil and other strategic sectors, yet a business dispute with a politically-connected Russian businessman cost him and his partners their freedom.Putin’s own economic reform team was not happy either. Some of the reformers initially celebrated the fact that the YUKOS affair allowed for taxing oil rents and creating the sovereign wealth fund. Soon they saw, however, that all market reforms were stalled or even rolled back. Some of them quit, others were kicked out. During Putin’s second presidential term (2004-2008), advocates of pro-market reforms would not find much to be proud of. State domination over the economy expanded. The electricity market was partially liberalized, but liberalization was not completed and most of the assets were acquired by state companies. Modern banking regulation was introduced, but preferential support of state banks resulted in their domination of the financial system.Did Putin’s post-2003 vision deliver to ordinary Russians? Backed by unprecedented oil price growth—as well as by prior market reforms—the Russian economy continued to perform strongly; in 1999-2008, it was growing at 7 percent per year. The sovereign wealth fund helped to weather the 2008-09 financial crisis. However, after the crisis, Putin’s state capitalism exhausted its growth potential. By 2014, Russian GDP growth slowed down to 1 percent per year. At that point, however, Vladimir Putin had found other, non-economic, sources of boosting his legitimacy and popularity. However, as the euphoria driven by the annexation of Crimea faded away, Putin’s approval and electoral ratings came down to historic lows. His economic model does not generate income growth anymore. Putin needs investment, but given sanctions and the domination of the state, he is unlikely to see private and foreign investment boom. This is why he decided to generate growth through an ambitious public investment plan of thirteen National Projects that would cost about 6 percent of Russia’s GDP per year over the next four years. Given the triple shock of the COVID-19 pandemic, economic recession and the decline in global oil prices, Russia is unlikely to be able to fund them in full. Does this mean that the Russian economy is nearing a macroeconomic crash? No, Russia’s fiscal and monetary policies remain conservative, and Russia still has a sovereign wealth fund that would cover oil revenue shortfalls at least for two to three years. But it is also highly unlikely that Russia will relaunch fast economic growth—this is what this particular economic model cannot deliver.

Article also appeared, with different images, at russiamatters.org/analysis/khodorkovsky-marks-spot-russias-turning-point-economic-freedom-state-control, with different images, bearing the notice: “© Russia Matters 2018 … This project has been made possible with support from Carnegie Corporation of New York,” with a footer heading entitled “Republication Guidelines” linking to: russiamatters.org/node/7406, which bears the notice, in part: