“… [Zelenskyy] said Wednesday that Russia must pull back to … pre-war positions as a first step before diplomatic talks, a negotiating line … [the Kremlin] is unlikely to agree to anytime soon. … He expressed a willingness to negotiate with 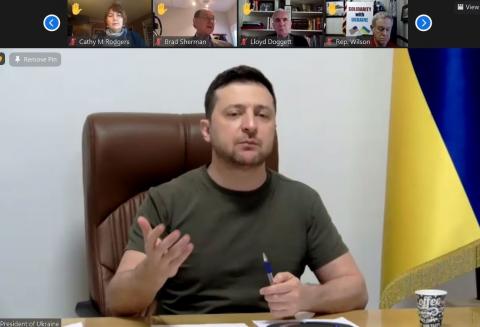 … Putin directly, but stressed that Moscow needs to make clear its willingness to engage in serious talks. … Russia, which has gradually narrowed its own military goals in Ukraine amid fierce resistance from Ukrainian forces, might be playing for time, Zelenskyy added. …”