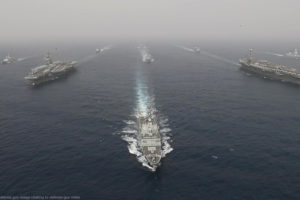 “… hitting the deck of the Abraham Lincoln aboard a U.S. Navy C-2A Greyhound aircraft with U.S. Ambassador to Russia Jon Huntsman and Adm. James Foggo, commander of U.S. Naval Forces Europe. … to kick off a dual-carrier exercise with sister ship John C. Stennis … and to deliver a sternly worded message to Russia: Stand down. ‘Each of the carriers operating in the Mediterranean as this time represent 100,000 tons of international diplomacy,’

Huntsman said …. ‘Diplomatic communication and dialogue, coupled with the strong defenses these ships provide, demonstrate to Russia that if it truly seeks better relations with the United states, it must cease its destabilizing activities around the world.’ Moscow received the message loud and clear … the response was predictable – at least publicly – … [yet] may not be the one Huntsman and Foggo were hoping for. ‘I would like to believe … American megaphone diplomacy will not turn into megaton diplomacy,’ said Russian Deputy Foreign Minister Sergei Ryabkov … ministry[] [arms control] point man … ‘… in that case there would be no winners, and American diplomats will regret how they failed to find opportunities for normal, constructive dialogue with partners around the world. We regret the U.S. ambassador in Russia made such a statement.’ …”

Click here for: “U.S. rolls ‘100K tons of international diplomacy’ into the Med. Will Russia get the message?” – Defense News/ Matthew Bodner 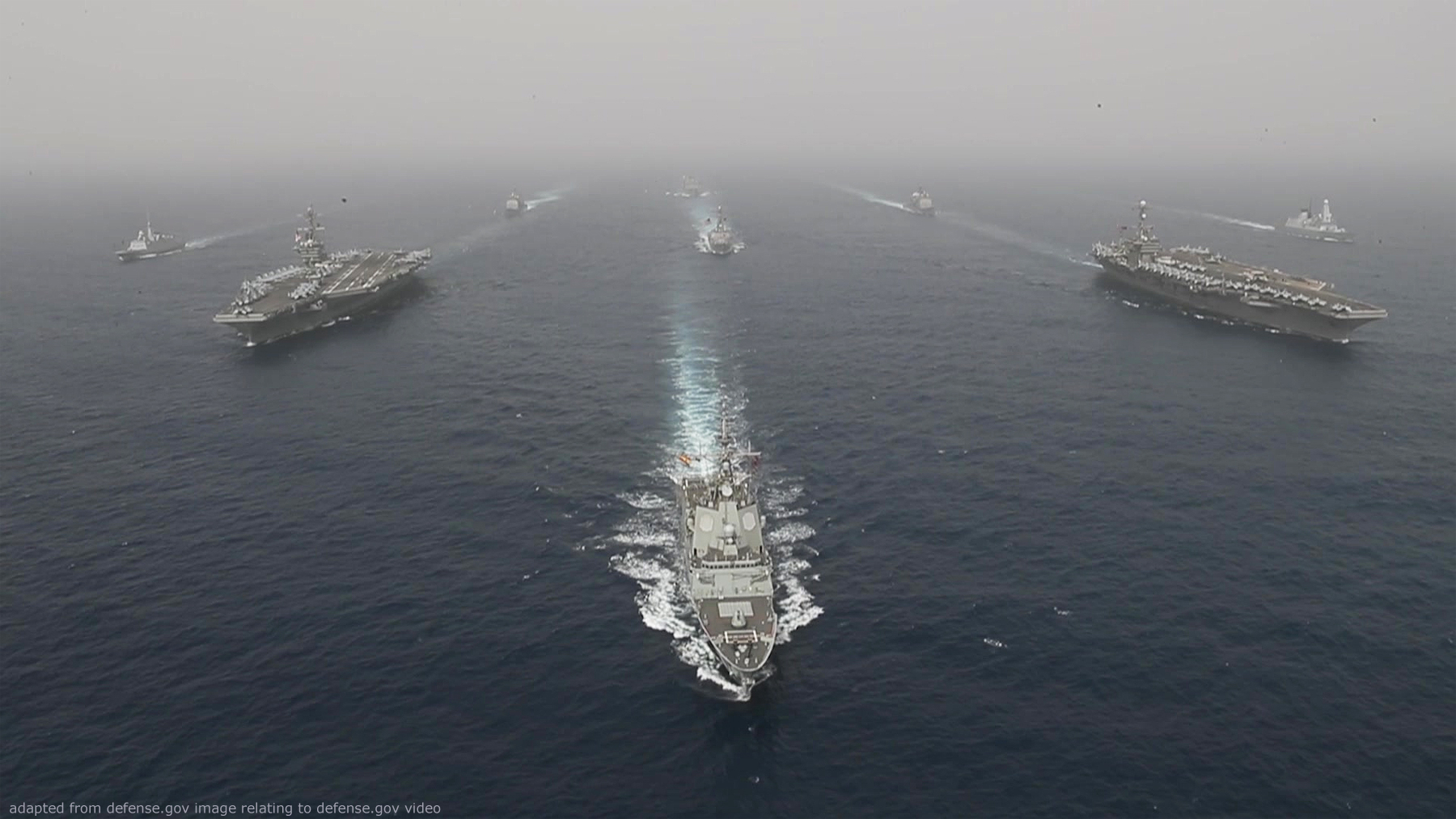