“…. Trump’s decision last month to pull out of the [INF Treaty] [reportedly came] because Russia has allegedly long breached it – an accusation Moscow denies. U.S. officials have been visiting European capitals to discuss next steps … rul[ing] out the deployment of new nuclear weapons on the continent and [saying] there were no plans to add any conventional missiles …. Russian envoy [to the EU, Vladimir Chizhov,] rejected U.S. suggestions that the INF [Treaty] should be revised to include China …. European officials … generally accept the U.S. claim … that Russia has for years broken the [INF Treaty] through the development of its new 9M729 missile. … One European diplomat said U.S. counterparts had conducted intensive diplomacy … over the past few weeks on ‘how to put pressure on the Russians’ to curb [its] development …. U.S. officials say Russia has shown no interest in addressing its concerns … since … Trump’s announcement ….” 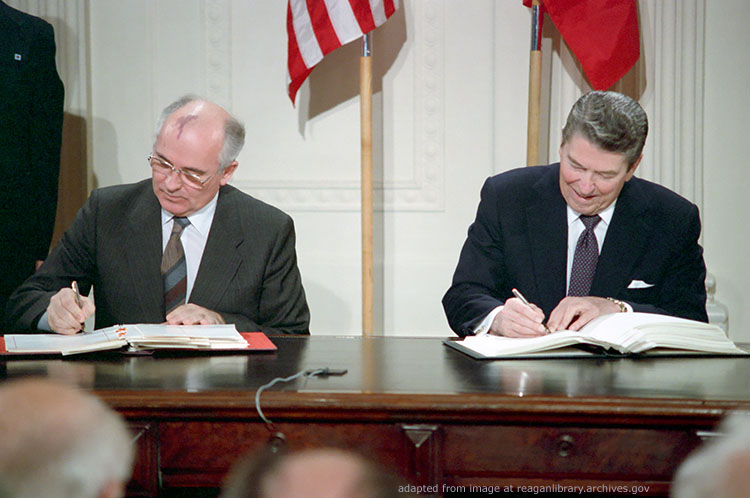