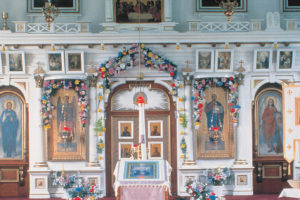 “Once upon a time, the small, picturesque Russian village of Palekh gained fame far and wide for producing religious icons. Then one day, a revolution came and its adherents … banned such art. Hundreds of artists eventually learned to adorn lacquer boxes instead, painting scenes from Russian fairy tales or romanticized versions of country life. … With the collapse of the Soviet Union, the renaissance of the Russian Orthodox Church revived icon painting. It is miniature art now facing extinction. …”