JRL NEWSWATCH: “Siberia Could Be The Tourist Hotspot Of The Future, Literally” – Forbes/ Eric Mack 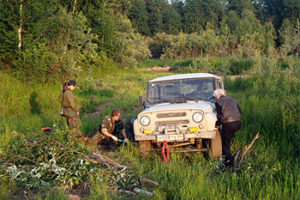 “The massive Asian side of Russia is often forgotten, as much of it consists often frigid and uninhabitable Siberian wilderness. … A team of Russian and American researchers looked at a number of computer models … [U]nder the most extreme scenario … [regarding] greenhouse gases … parts of Siberia where average January temperatures dip below minus 30 will be warmer but still quite cold. … less extreme parts of the region could … look more like the habitable reaches of Canada. Uninhabited stretches of forest and tundra could be enjoying weather more like Winnipeg’s in a century …. All these changes could increase the area’s capacity to support human habitation five-fold, according to the study. …”

Click here for: “Siberia Could Be The Tourist Hotspot Of The Future, Literally” – Forbes/ Eric Mack