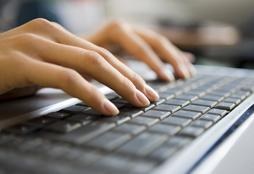 “Russian media are imploding, with most independent outlets shut by the government and state-run outfits hit by mass resignations as reporters face up to the reality of their jobs.”

“Editor’s note: This article was edited in order to conform with Russian legislation criminalizing references to Russia’s current action in Ukraine as anything other than a ‘special military operation.’ Russian troops have been violently waging their government’s so-called special military operation …  in Ukraine. … [O]n the homefront, state police and state prosecutors are waging a more intangible conflict. The domestic casualties, so far, are mainly the thousands of Kremlin-critical voices, especially in the media. Faced with public shock over the devastation caused by the military operation – which cannot be concealed from Russia’s huge internet-savvy population – Russian authorities have shuttered liberal news organizations. …. Russian mainstream media have also seen many longtime employees depart ….”

Click here for: “Russia’s first homefront casualties: Reporters and the press; Russian media are imploding, with most independent outlets shut by the government and state-run outfits hit by mass resignations as reporters face up to the reality of their jobs” – Christian Science Monitor/ Fred Weir