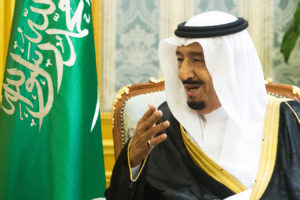 “… the group overseeing the so-called OPEC+ deal met last night [with] proceedings … dominated by … Saudi Arabia and Russia. … probably a snapshot of the oil market’s future.  Beyond … this week’s diplomatic efforts to agree to an increase in oil production, the more significant longer-term development may be moves to make Russia’s role in managing global supply permanent, bringing together the two largest oil exporters.  Russia isn’t a member of OPEC, but for the last two years has led a group of countries outside the group lending support to the cartel, creating a coalition of 24 producers that’s been dubbed OPEC+. …”

[Russia and Saudi Arabia reportedly are considering the adoption of a constitution and secretariat by the 24-member coalition. The coalition conceivably could rival OPEC when it comes to managing future oil supplies. One added question is whether it offers weighted voting power based upon a country’s oil-related size and significance.]