“A planeload of 150 ventilators arrived in Russia from the United States on Thursday, Washington’s embassy in Moscow said, to help fight the novel coronavirus in further medical aid collaboration between the two politically-estranged nations. Russia’s case tally, the world’s third highest, rose to 441,108 on Thursday after 8,831 new infections were reported, and 169 more people died in the previous 24 hours. 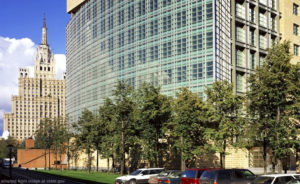 … The 200 ventilators delivered in total were part of a donation worth $5.6 million …”