JRL NEWSWATCH: “Putin, Ukraine and the revival of the west” – Financial Times 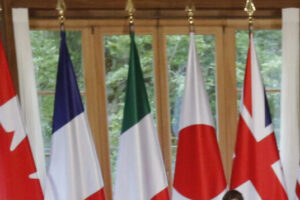 “The strength and unity of the response to Russia’s invasion surprised the Kremlin but some have accused the west of hypocrisy.”

“… The speed, strength and unity of the western response to Russia’s invasion of Ukraine surprised the Kremlin …. [and] may even have surprised western leaders. … ‘[T]he west,’ as a geopolitical concept, is no longer defined by geography. American allies in Asia, including Japan, South Korea, Singapore and Australia, have joined in the sanctions effort …. So has Switzerland, a neutral country and important international financial centre. U.S. officials felt more relaxed about placing sanctions on the Russian central bank, knowing that the world’s other big financial centres were acting in concert …. But while there is undoubted satisfaction in Washington and Brussels at the strength and unity of the western response, even … optimists are keenly aware that western unity could be fragile and fleeting. …”

Click here for: “Putin, Ukraine and the revival of the west; The strength and unity of the response to Russia’s invasion surprised the Kremlin but some have accused the west of hypocrisy” – Financial Times/ Gideon Rachman