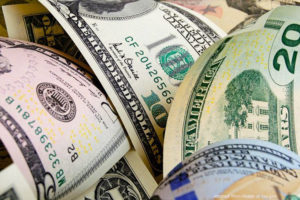 “Russia’s central bank dumped $101 billion last year in its biggest-ever shift away from the U.S. currency amid fears of new sanctions. But the Kremlin’s drive to wean the rest of the economy off the greenback has been slower going. Despite … Putin’s regular public exhortations to accelerate ‘de-dollarization,’ even the country’s state-owned companies are sticking to the currency. Shifting to the ruble, yuan or euro means higher costs and difficulties finding banks to handle business …. The government’s program to speed the shift has barely gotten off the ground, officials say, speaking on condition of anonymity because the facts contradict the public line. … [O]rdinary Russians seem to be responding to the Kremlin’s calls for de-dollarization by stocking up on the U.S. currency. Sberbank PJSC, the country’s biggest bank, recorded $2 billion in foreign-currency withdrawals in August and September as the U.S. ramped up threats of new sanctions.”