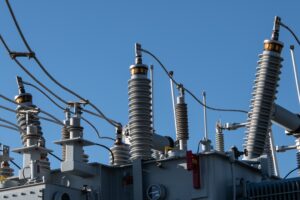 “… Yasno, a Ukrainian energy company, wrote … on Thursday that Russia had again hit the power grid in the Kyiv region … Wednesday night. Overall system capacity was … down 30% in the area …. ‘The destruction is serious’ Yasno wrote. ‘Almost half of Kyiv may remain without light.’ Since Oct. 10, Moscow has hammered the Ukrainian electric system, with scores of cruise missiles and Iranian-made drones …. More than a third of the system’s overall power-generation capacity has been damaged …. Zelensky has [been] … pushing the West for stronger air-defense systems … [to] help intercept more of the drones …. The low- and slow-flying drones [reportedly] represent a technical challenge for a previous generation of air defenses designed to shoot down jet fighter[s] and helicopters ….”