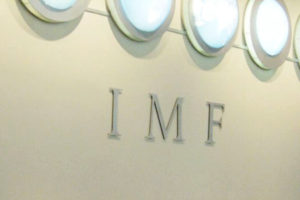 “… parametric pension reform, including raising the statutory retirement age and limiting early retirement, remains critical for intergenerational equity …. While current pension spending does not seem out of line with other countries, it is projected to increase significantly. The current retirement ages (55/60 years for women/men) are low by international standards and have not been adjusted for decades. Early retirement provisions are generous, leading to an average effective retirement age substantially below the statutory one. As a result, the number of pensioners is high by international standards, while the number of contributors into the system is relatively low, thus threatening the system’s sustainability.[] Furthermore, expenditure on social assistance is relatively high and appears to be thinly spread. Thus, social benefits could be better targeted toward reducing poverty, given the constrained fiscal space.’
* * *
Russia’s economy is recovering from the 2015-16 recession, thanks to … effective policy response and higher oil prices. Output increased by 1.5 percent in 2017 on the back of robust domestic demand, but short of expectations. Inflation has fallen well below the CBR’s 4 percent target since July 2017, driven by a weaker-than-expected recovery, tight monetary policy, as well as temporary effects on food and energy prices.

Growth is projected at 1.7 percent in 2018, supported by rising credit and disposable incomes. Headline inflation is projected to bounce back during the second half of 2018 to 3.5 percent at year-end, supported by the ongoing domestic demand recovery, passthrough from the recent ruble depreciation, and the fading of temporary factors. The medium-term outlook remains muted, due to structural bottlenecks and the lingering impact of sanctions. Absent structural reforms, growth is expected to settle around 1.5 percent, while monetary policy stabilizes inflation around 4 percent by end-2019. The main risks to the outlook stem from geopolitical tensions as well as the new government’s policy plans. …”