“… Putin is feeling the sting of failure. Thousands of Russian battlefield deaths. Three front-line retreats by the Russian military. Millions of Ukrainians who will never forgive Moscow. More isolation than ever — and perilously few goals achieved. Putin is now regrouping to focus … on Ukraine’s east … ‘Plan B,’ after his forces failed to topple Ukraine’s government or … control … its biggest cities. … 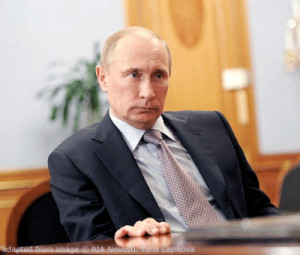 [Q]uestions are mounting about how a Russian leader steeped in security policy … [previously] railing against the folly of regime-change wars could have sleepwalked into a such a strategic morass …. How could Russia … with such deep familial, cultural and historic ties to its western neighbor [] get Ukraine so wrong? […]


[featured images are file photos from other occasions]