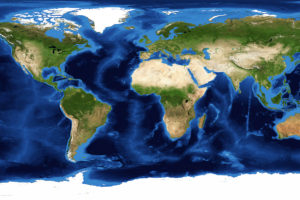 “Myth #1: Russia’s grand strategy is driven by ideology …. Myth #2: Russia seeks to reconstruct the Soviet Union or Russian Empire. … Instead of a formal territorial empire … Russia endeavors to establish a privileged and exclusive sphere of influence across former Soviet territory. … [with] a seat at the table in the capital of every post-Soviet country. … even claim[ing] the right to intervene when necessary in the domestic affairs of states within its sphere … [I]n Putin’s view, only great powers like Russia are truly sovereign. Should a state in Russia’s supposed sphere … threaten[] Russian interests – such as a Ukrainian attempt to join NATO or the [EU] – Moscow is prepared to exert … necessary levers of influence to veto that choice. … Myth #3: Russia seeks to restore a bygone world order … [T]he world order Russia seeks to establish – … multipolar … where great powers manage … the world and coordinate to guarantee their own national interests – … has never existed. … [H]owever, myths of resurrection can … be powerful propaganda …. Myth #4: Putin is an opportunist, not a strategist …. [Although the fact t]hat Putin’s skilled opportunism makes him an effective strategist does not mean he is infallible. … Conclusion[:] … [D]oes Russia have a successful grand strategy? … [I]t [likely] does not: it is one thing to needle your opponent and chip away at the edges of their power …. quite another to bring down the whole system and rebuild …. If Russia’s vision of a multipolar world order … comes to pass, it will have less to do with Russia’s efforts and more to do with [U.S.] abdication of leadership and China’s rise into the void. …”