JRL NEWSWATCH: “Divided in the Face of Defeat: The Schism Forming in the Russian Elite” – Carnegie Endowment for International Peace 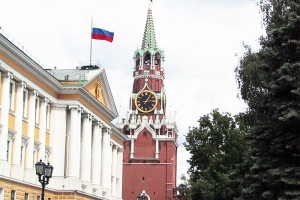 “Russia is heading toward a final battle between the radicals, for whom escalation is a way of life, and the realists, who understand that continuing to up the ante could lead to their country’s collapse.”

“There was already talk of a possible split within the Russian elite two months ago, after Russia’s hurried retreat from Ukraine’s Kharkiv region. Since then, Russian troops have also been forced to withdraw from the key city of Kherson, and the predicted schism is taking shape. Members of the elite are dividing into relative realists who are calling for a tactical pause in the fighting in order to rethink Russia’s goals, and those who advocate remorseless escalation at any price. Never before have Putin’s strategic decisions — generally seen as the price of stability — pushed the Russian elites to the brink of a divide. They put up little resistance to the evisceration of the oligarchs, the rise of the siloviki (security services), and the 2008 Georgian war, while the annexation of Crimea from Ukraine in 2014 was positively welcomed by many. …”

Click here for: “Divided in the Face of Defeat: The Schism Forming in the Russian Elite; Russia is heading toward a final battle between the radicals, for whom escalation is a way of life, and the realists, who understand that continuing to up the ante could lead to their country’s collapse.” – Carnegie Endowment for International Peace/ Tatiana Stanovaya