“… Protesters in Belarus have spent a month denouncing the results of the country’s Aug. 9 presidential election as rigged and demanding the resignation of President Alexander Lukashenko from the sixth term he won. Facing criticism from the West, Lukashenko has worked to cement ties with his main ally and sponsor, Russia. … set to head to Russia … Monday for talks with … Putin. Some expect 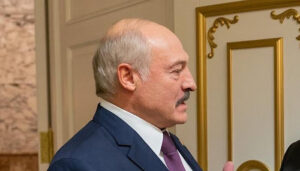 Belarusian authorities to take tougher actions against protesters ahead of the meeting. … [P]ost-election protests have attracted the biggest crowds on Sundays, when up to 200,000 people have flooded the streets of the capital. …”

[Lukashenko image is file photo from another occasion]