JRL NEWSWATCH: “AG Barr just signaled that things are about to get ugly for the Russia collusion team” – The Hill/ Kevin R. Brock

“… The AG is logically being briefed on the progress and findings of U.S. Attorney John Durham’s investigation, which he commissioned to examine how the empty Russia collusion case got started in the first place and if it involved any wrongdoing on the part of the government. It is a safe bet that … Durham is collecting evidence beyond the self-serving statements of the FBI principals involved. It also is now a safe bet that his findings will respectfully disagree with [DOJ Inspector General Michael] Horowitz’s. … Barr communicates in a clear, understandable, calm-as-a-summer-evening manner uncommon in Washington. He undoubtedly did not get to his current position without being a skilled litigator, whose first rule is never make a statement to the court that you can’t back up. 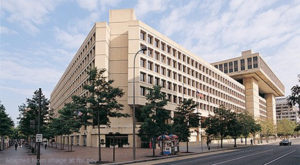 His newsworthy claim that there was zero basis for the FBI’s investigation stands, in all probability, on a mound of – in his words – ‘troubling’ evidence now in his possession. …”

Click here for: “AG Barr just signaled that things are about to get ugly for the Russia collusion team” – The Hill/ Kevin R. Brock