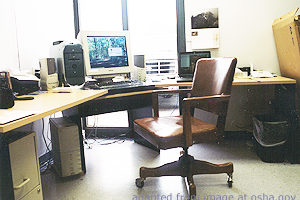 “Novaya Gazeta has blazed a trail by instituting a sexual harassment policy after taking internal accusations of misconduct seriously. Some independent outlets are following suit.”

“As her shift at Russia’s investigative Novaya Gazeta newspaper was coming to an end on a late Monday afternoon last January, Elizaveta Kirpanova stopped by a senior reporter’s office to catch up.

Kirpanova, a 23-year-old reporter who had just completed her first year at the respected paper, was working on a topic her elder colleague knew well, and she figured she could ask for some pointers.

Soon, though, the discussion turned to a story that was on everyone’s minds at the time: the recent resignation of the Meduza news website’s chief editor Ivan Kolpakov after he groped a colleague’s wife at a staff party.

Resulting in a public figure’s resignation over claims of sexual misconduct, the case became Russia’s first #MeToo moment. It also riled the country’s small community of independent journalists, who mostly fell on different sides of a generational divide. The young guard felt it was appropriate Kolpakov had left his post; veterans either thought the punishment was too harsh, or that what he had done was not abuse.

Kirpanova remembers speaking out sharply against Kolpakov’s actions. As she stood to leave, the senior reporter asked if he could give her a hug to clear the tension.

“I hugged him for a second and started to pull back, but he’s holding me,” Kirpanova recalled in an interview last week. “So I push him away and say, jokingly, ‘Now you are starting to harass me.'”

Her colleague shut the office door and grabbed Kirpanova’s face with both hands.

“Then he says, ‘This is what harassment is’ and kisses me on the lips,” Kirpanova recounted. “After that I don’t really remember what happened. I ran out into the corridor and yelled something vulgar. My heart was beating really fast. I gathered my things and left the newsroom.”

Eighteen months later, Kirpanova is sharing her story publicly for the first time. She decided to come forward after dozens of young women and men began airing their stories of harassment – first in a trickle, then a flood – on social media last week about men who work or used to work in Russian independent media.

If Kolpakov’s resignation was Russia’s first #MeToo moment, last week’s wave of accusations signaled the arrival of the movement in the country in full force, resulting in three men leaving their jobs.

In the aftermath, many independent journalists who spoke to The Moscow Times over the past week stressed that the stories are coming out of Russia’s independent media circles precisely because these are the people who have been thinking and talking about the issue since the advent of #MeToo.

The stories have since prompted soul-searching inside independent newsrooms over what, if anything, needs to change. In their wake, Novaya Gazeta on July 14 announced that, already back in March, it had created a new policy to manage sexual harassment complaints. The paper last week sent the document to two dozen other newsrooms that have since been deciding whether or not to follow suit.

Yet what Novaya Gazeta did not say publicly was that the policy was prompted by several cases of harassment within the paper’s own walls, the details of which have not been previously reported. Nor did the paper say that, although in the end a large majority of its newsroom voted in favor of the new policy, it was the paper’s younger journalists – most of whom were women – who pushed the new policy through against initial resistance from the paper’s older guard. …”

[featured image is file photo from another time and place]