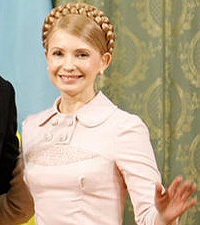 “The situation in Ukraine has been developing at a supersonic speed. I do not rule out that the Ukrainian parliament will nomine Yulia Tymoshenko for prime minister of the coalition government and confirm this nomination soon,” Chairman of the Russian State Duma’s Committee for the CIS, Eurasian Integration and Compatriots Leonid Slutsky told the press on Sunday.

“This will benefit stabilization. During her tenure as prime minister Tymoshenko could demonstrate her capabilities as a presidential candidate, ” he said. “She already announced her plans to run yesterday,” Slutsky said.