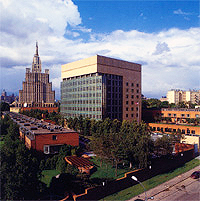 “We welcome all steps aimed at defusing the situation and strengthening security in the Middle Eastern region. If this is being done in this context, then it’s OK. But I’d stress that we will verify these nuances,” Russian Foreign Ministry spokesperson Artyom Kozhin said at a news briefing in Moscow on Thursday.

The Washington Post had reported earlier that Trump had decided to close the CIA program of arming and training a series of opposition groups in Syria.