Interfax: Revocation of accreditation from Russia’s honorary consuls in U.S. continues Washington’s line towards scaling down of relations with Russia – Russian Foreign Ministry 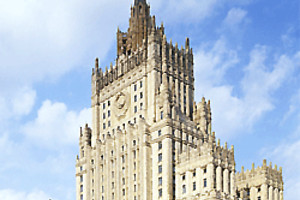 MOSCOW. Jan 22 (Interfax) – Moscow is outraged by the revocation of accreditation from five of Russia’s honorary consuls in the United States, and sees it as a continuation of Washington’s line towards the scaling down of relations with Moscow, Russian Foreign Ministry spokesperson Maria Zakharova said.

“We are outraged by Washington’s decision to recall accreditation from five of the six honorary consuls of the Russian Federation in the U.S. – in California, Utah, Minnesota, Florida and Puerto Rico. Moreover, they have even been threatened with criminal prosecution,” she said in her response to a question from the media, posted on the ministry’s website.

“With the decision on the honorary consuls, the B. Obama administration continues the line towards scaling down relations with our country,” she said.

“The attempts – in justification of such inadequate actions – to accuse us of escalating tensions in bilateral affairs do not bear any criticism,” Zakharova said.

“It is commonly known that it is exactly the U.S. who started the sanctions aggression against Russia and is conducting large-scale Russophobic propaganda the world over, trying to shake off responsibility for support for the armed coup in Ukraine and the bloody war in Donbas,” the spokesperson said.

“U.S. intelligence agencies have not quit provocations against the staff of Russian diplomatic missions, and not just in the U.S.,” Zakharova said.

She also expressed gratitude to the U.S. citizens who served as the Russian honorary consuls for their contribution in the development of cooperation between Moscow and Washington.

“It is neither their, nor our fault that now this interaction has gone downhill. We hope that sooner or later common sense will prevail in Washington and the honorary consuls will be able to return to their useful and very much-needed activity,” Zakharova said.